COVID-19 pandemic: Nepal extends lockdown till May 18 : The Tribune India

Suspends cross-border movement until May 31 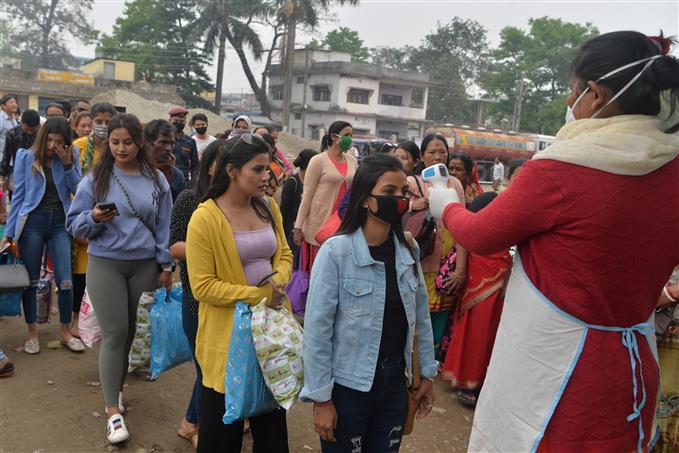 The meeting also decided to suspend international flights and cross-border movement with the neighbouring countries like India and China till May 31, the report said. AFP file

Nepal on Wednesday extended the nationwide lockdown till May 18 and suspended international flights and cross-border movement with the neighbouring countries like India and China until May 31 to stem the spread of the deadly coronavirus.

The decisions were taken at a Cabinet meeting held at Prime Minister KP Sharma Oli’s residence at Baluwatar, the state-run Nepal Television reported.

The ongoing lockdown, which was first enforced on March 24 to stop the spread of the COVID-19, was to an end on Thursday. This is for the fourth time that the lockdown has been extended by the government.

The meeting also decided to suspend international flights and cross-border movement with the neighbouring countries like India and China till May 31, the report said.

The government said it will restrict people’s movement into the Kathmandu valley in a bid to curb the spread of the coronavirus. Despite the ongoing lockdown, hundreds of people are entering the valley from various parts of the country.

Nepal reported seven new coronavirus cases on Tuesday, taking the number of infections in the Himalayan nation to 82. No death has been reported from the country so far.

Last month, the authorities in Nepal’s Sunsari District sealed 14 mosques and quarantined 33 Indians and seven Pakistanis who were taking refuge in them, amid a surge in the coronavirus cases in the country.

The mosques were sealed in Itahari Municipality in eastern Nepal. PTI