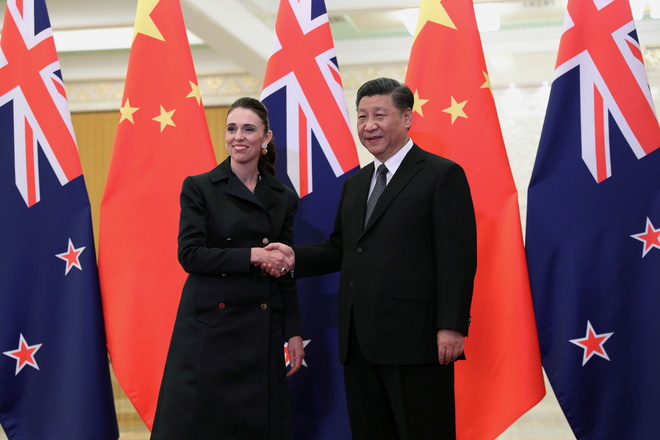 New Zealand Prime Minister Jacinda Ardern took a tougher stance on China’s human rights record on Monday, saying it was getting harder to reconcile differences as China’s role in the world grew.

While her language remained moderate when compared with that of many other leaders, it still marked a significant shift for the country. Ardern in past speeches has often avoided direct criticism of China.

New Zealand has been trying to strike the right tone on China in recent weeks after finding itself on the defensive with its Five Eyes (New Zealand, the US, the UK, Australia and Canada) security allies by resisting speaking out in unison with them against China on certain human rights issues.

In her speech to the China Business Summit in Auckland on Monday, Ardern said New Zealand had raised “grave” concerns with China on human rights issues. — Agencies

Manila: The Philippine government has protested the Chinese coast guard’s harassment of Philippine coast guard ships patrolling a disputed shoal in the South China Sea, the Department of Foreign Affairs said on Monday. The feud between the two nations has escalated despite President Rodrigo Duterte’s friendly stance toward China. Agencies