Dozens buried in mass grave in Mariupol : The Tribune India 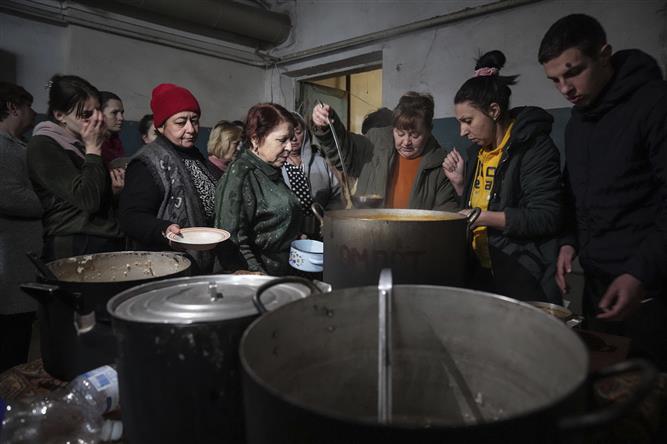 City authorities in the besieged southern Ukrainian port city of Mariupol are burying their dead in a mass grave.

With the city under steady bombardment, officials had been waiting for a chance to allow individual burials to resume. But with morgues overflowing, and many corpses uncollected at home, they decided they had to take action.

A deep trench some 25 meters long has been opened in one of the city’s old cemeteries in the heart of the city. Social workers brought 30 bodies wrapped in carpets or bags Wednesday, and 40 were brought Tuesday.

The dead include civilian victims of shelling on the city as well as some soldiers. Workers with the municipal social services have also been collecting bodies from homes, including some civilians who died of disease or natural causes.

No mourners were present, no families said their goodbyes.