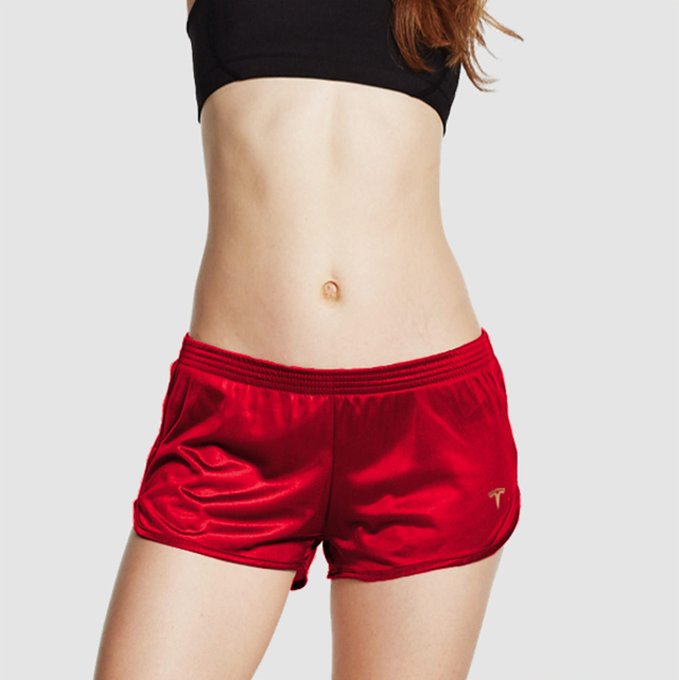 After surpassing Toyota Motor Corp as the world's most valuable automaker and stunning with forecast-beating deliveries, Tesla Inc has taken time out to poke fun at the company's naysayers - with sales of red satin shorts.

Musk has often taken umbrage at short-sellers and in 2018 sent a box of shorts to hedge fund owner and Tesla short-seller David Einhorn.

The "Short Shorts" on the Tesla shop website feature gold trim and “S3XY” in gold across the back, which also happens to be formed from Tesla model names.

The shorts cost $69.420, the last three digits an apparent reference to Musk's infamous tweet in 2018 that he was considering taking Tesla private for $420 per share, with 420 also a code word for marijuana.

That tweet landed him in hot water with the US securities regulator, costing him his position as Tesla chairman.

The Silicon Valley car maker, however, has reason to crow.

Its stock has almost tripled in value this year to just over $1,200 per share and it sold more than 90,000 of its electric vehicles in the second quarter, defying a trend of plummeting sales for other automakers hit by coronavirus-induced lockdowns.

"Run like the wind or entertain like Liberace," the product description says, adding: "Enjoy exceptional comfort from the closing bell." It will ship within 2-4 weeks.

Tesla is expected to announce earnings results for April-June quarter this month, with analysts saying the second-quarter deliveries had heightened expectations that it will report four consecutive quarters of profit for the first time in its history. Reuters