Failure to convict Trump will live as a 'vote of infamy in US history': Democrats 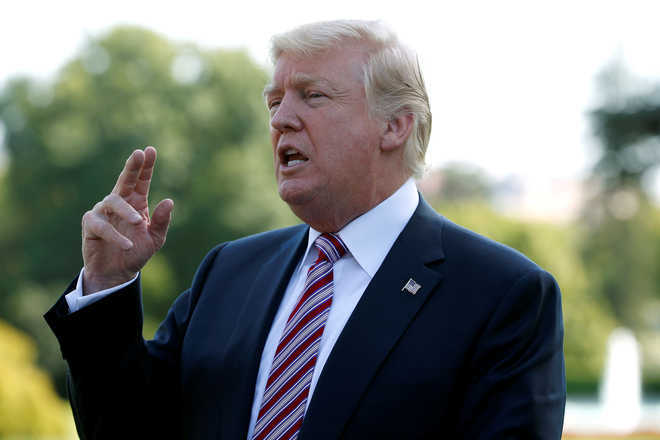 The ruling Democratic Party has ripped apart Republican senators for acquitting Donald Trump on a charge of inciting the January 6 insurrection at the Capitol, saying their vote to clear the former president “will live as a vote of infamy in the history of the US Senate".

The US Senate acquitted Trump in his second impeachment trial on Saturday.

The 100-member Senate voted to impeach Trump by 57-43 votes, 10 votes short of the two-thirds majority needed for conviction.

Only seven of the Republican senators voted against the 74-year-old former president.

Trump, a Republican, was accused of inciting riots in the US Capitol on January 6 which left five people, including a police officer, dead.

“The vast majority of the Senate Republican caucus, including the Republican leader, voted to acquit former President Trump, signing their names in the columns of History alongside his name—forever,” Schumer said.

“Look at what Republicans have chosen to forgive. The former president tried to overturn the results of a legitimate election—and provoked an assault on our own government—and well over half of the Senate Republican conference decided to condone it!” he said on the Senate floor.

Senate Republicans who voted not to convict chose to abandon the Constitution, the country and the American people with this vote, House Speaker Nancy Pelosi said.

Outside the Senate, Pelosi joined Schumer in slamming the Republicans.

“What we saw in that Senate today was a cowardly group of Republicans who apparently have no options because they were afraid to defend their job, respect the institution in which they serve,” the senior Democratic Party leader said.

House Majority Leader Steny Hoyer said that 43 Republican senators chose to ignore the facts, the truth, their responsibility under the Constitution and their conscience when they voted to allow former president Trump to get away with this horrendous crime.

“In doing so, they also sent a message to elected leaders who might contemplate inciting political violence and insurrection in the future that there will be no accountability for such actions,” Hoyer said.

“History and the American people will now be tasked with judging former President Trump's behaviour. I have faith that our people and future generations will have no doubt as to what occurred on January 6 and how heinous a crime was committed by the highest official in our land that day,” he said. — PTI