Leaders of Resistance 2.0 appeal for arms and ask other nations not to recognise the Taliban as the Afghan representative 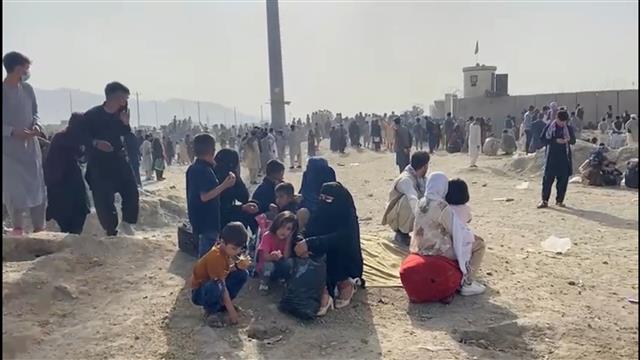 Fighters of the Northern Alliance claimed to have retaken two districts and a town adjacent to their stronghold of Panjshir Valley even as the leaders of Resistance 2.0 appealed for arms and asked other nations not to recognise the Taliban as the Afghan representative.

Pul-e-Hesar and Deh-e-Salah districts were reportedly taken by local commanders owing allegiance to the Northern Alliance. Social media videos showed their fighters in their distinct round-topped Pakul caps raising the Afghan flag over a modest building in Pul-e-Hesar.

The Alliance, which dubs itself Resistance 2.0, is mainly composed of Tajiks from their impenetrable stronghold of Panjshir Valley. The ethnic composition of the areas the Northern Alliance has claimed to have captured is mainly of Tajiks, Hazaras and Uzbeks. None of the ethnic groups is very comfortable with the Pashtun-dominated Taliban.

The Alliance also called on the people not to heed the Taliban PR campaigns and propaganda.

Led by Amrullah Saleh and Ahmed Massoud, both Tajiks, the fighters in Panjshir Valley have been joined by fighters allied to Uzbek leader Abdul Rashid Dostum and some minority Hazaras who had fled following the Taliban advance.

Their sole support seems to be from Afghan ambassador to Tajikistan Zahir Aghbar who reiterated Massoud’s call for more weapons which should be parachuted into Panjshir since it is surrounded on all sides by the Taliban.

Ahmad Massoud, the son of legendary Tajik commander Ahmed Shah Massoud, says their fighters currently have stores of ammunition and arms that “we have patiently collected since my father’s time, because we knew this day might come”.

“The Taliban is not a problem for the Afghan people alone. Under Taliban control, Afghanistan will without doubt become ground zero of radical Islamist terrorism,” he cautioned.