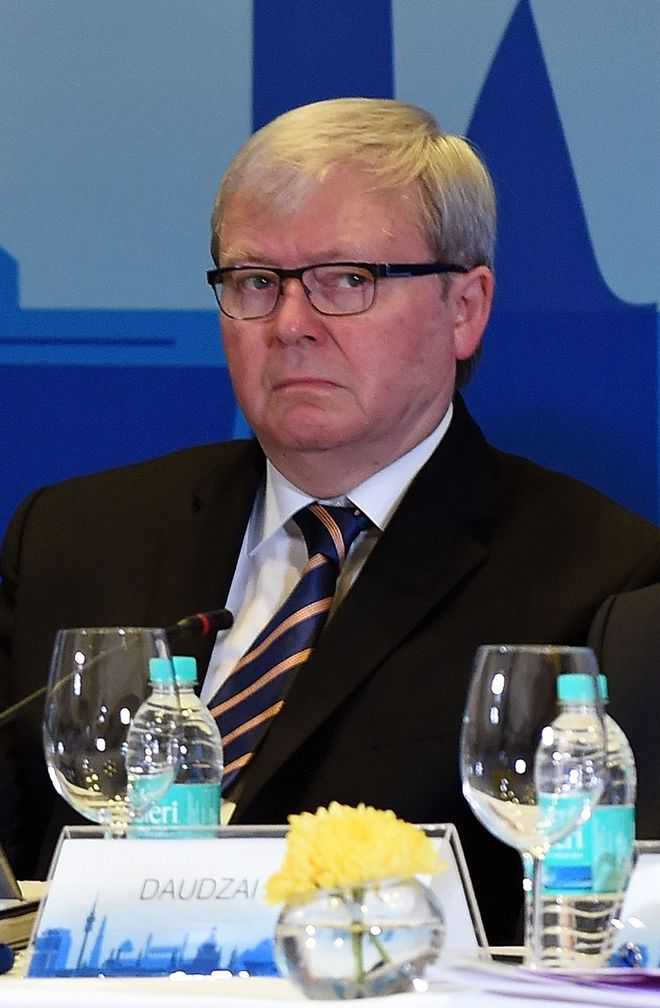 Former Australian Prime Minister Kevin Rudd briefly stepped into a new role as an Uber driver in Queensland state, giving a lift to a group of "tipsy" diners who mistakenly piled into his car.

"Guilty as charged," Rudd tweeted in response to a media report on the incident on Wednesday.

"Four young Melburnians getting drenched in a Queensland subtropical downpour at Noosa last night with no Uber in sight... So what's a man to do?" he said in the tweet The former Prime Minister's daughter Jessica Rudd had tweeted the series of events as it happened, reports dpa news agency.

"Dad just dropped us off at a restaurant in Noosa then went to find a park because it's raining," she wrote.

"Then I thought I saw some people pile into his car, told myself it wasn't, must be a similar looking Uber. It wasn't. It was Dad's car." She said the "lovely, but tipsy crew had been at the restaurant since lunch".

When the former leader told them he wasn't an Uber they offered to pay him to drive them to a nearby street anyway.

His daughter said it took the group half the ride to realise their driver was the 26th Prime Minister of Australia.

Rudd was the leader of the Labor Party, serving as Australia's Prime Minister between 2007-2010 and again from June-September in 2013. — IANS