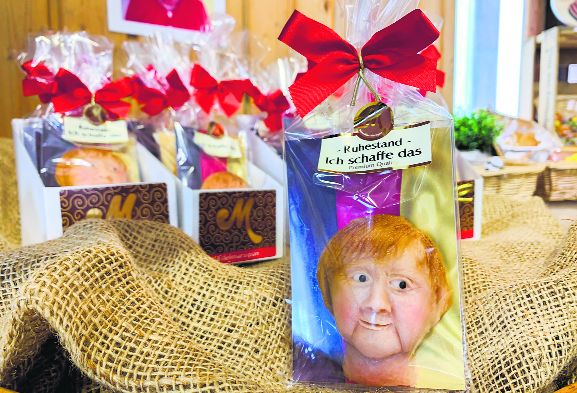 Cookies depicting German Chancellor Angela Merkel made by a confectioner ahead of September 26 polls, in Weilbach. Reuters

Seoul: Cho Yong-gi (85), whose founding of the biggest South Korean church once stood as a symbol of the post-war growth of Christianity in the country before that achievement was tainted by scandals, died on Tuesday. Cho died at a Seoul hospital, where he had been treated since he collapsed due to cerebral hemorrhage in July 2020. AP

London: The 2021 Booker Prize shortlist, unveiled at a virtual event in London on Tuesday, includes six finalists for the prestigious award for works of fiction, with an equal male-female author split. Indian-origin British novelist Sunjeev Sahota, who had made the longlist with his acclaimed immigrant tale ‘China Room’, missed out in the final running. pti

Beijing: A Chinese woman was shoved by bystanders as she headed to court Tuesday in one of the #MeToo cases from a tamped-down movement whose legacy remains uncertain. Zhou Xiaoxuan, a former intern at Chinese state broadcaster CCTV, became the face of the country’s #MeToo movement after going public with accusations against a CCTV host in 2018. AP