Gas leak may have killed 21 youths in South Africa tavern 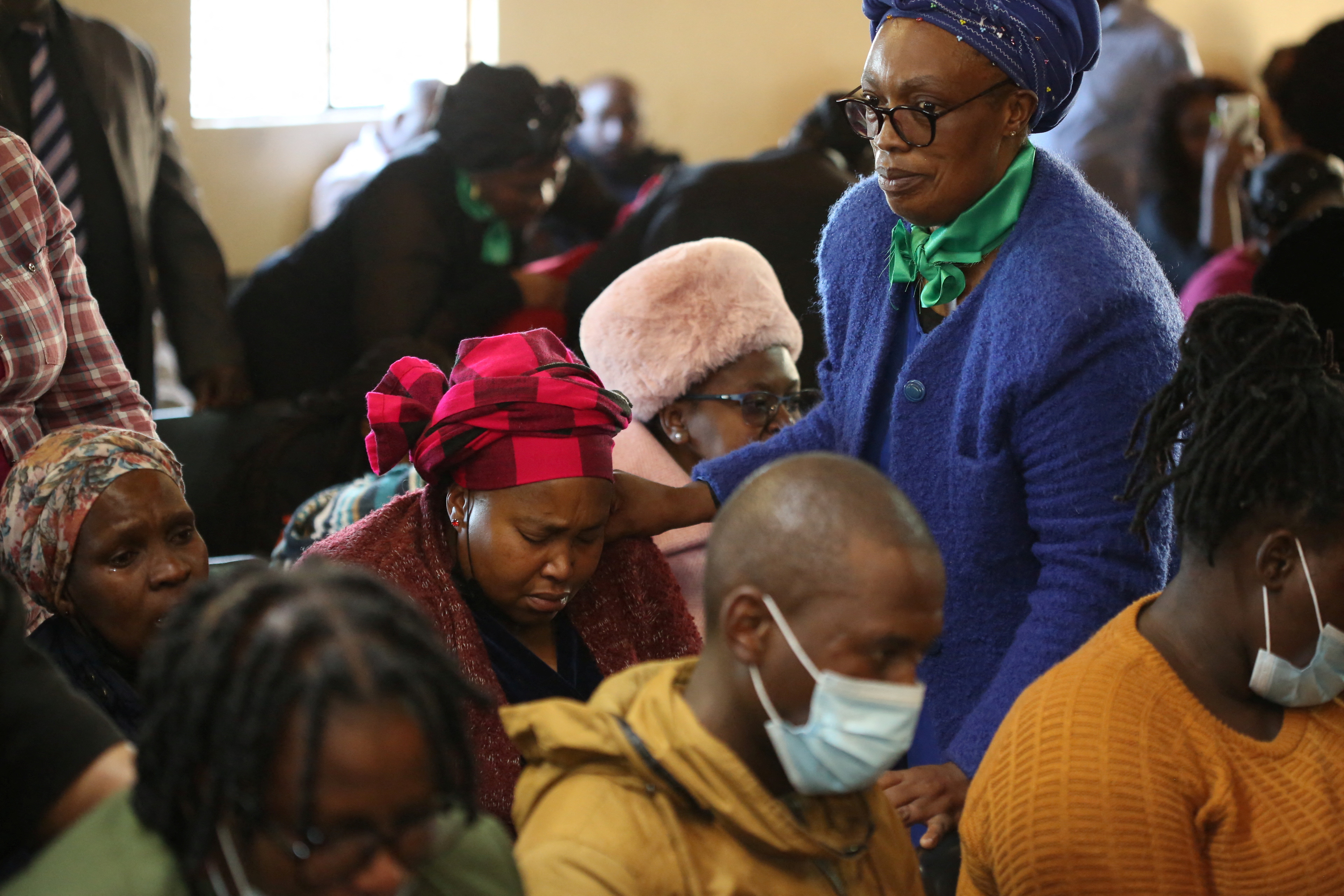 Mourners react during a prayer meeting at a local church after the death of 21 teenagers in a tavern over the weekend, in East London, Eastern Cape province, South Africa, June 27, 2022. REUTERS

Twenty-one youngsters found dead in a tavern on South Africa's east coast over the weekend may have died by poisoning from a gas leak, a source close to the investigation said on Wednesday.

The deaths of the youths in a popular nightspot outside the city of East London unleashed an outpouring of grief in a poor community, while some relatives of the victims have expressed anger that weeks of calls to shut down the tavern went unheeded.

All were teenagers, the youngest a 13-year-old girl. There were also several survivors, some of whom were taken to hospital, and others unharmed.

A spokesperson for the forensic team declined to comment on any aspect of the investigation until the final report is out.

Eastern Cape's provincial government said in a statement "autopsies have been performed on the 21 deceased young people and samples have been sent to a lab ... for investigation." The incident is still shrouded in mystery. Investigators have been combing the scene for clues as to how exactly the youths died. Authorities had earlier ruled out a stampede, saying they were probably accidentally poisoned by something they ate, drank or smoked.

However, the source, who declined to be named because he was not authorised to speak to the media, told Reuters by telephone that investigators were currently working on the theory that the youths were poisoned by gas in a ground-floor room that was poorly ventilated.

He said testing was underway to determine whether the deaths were from carbon monoxide poisoning, possibly from burning propane gas or another petroleum product inside the pub.

There was a strange chemical smell coming off the bodies when they were dissected, said the source, but it was not clear which chemical it was. Police were examining all appliances in the venue, he added.

The Eastern Cape health department was quoted in local media on Tuesday saying some of the victims admitted to hospital complained of symptoms such as chest pains and back ache.

TV stations showed a handful of angry residents of the Scenery Park neighbourhood where the deaths occurred protested outside the tavern, which had its license revoked on Monday. Reuters