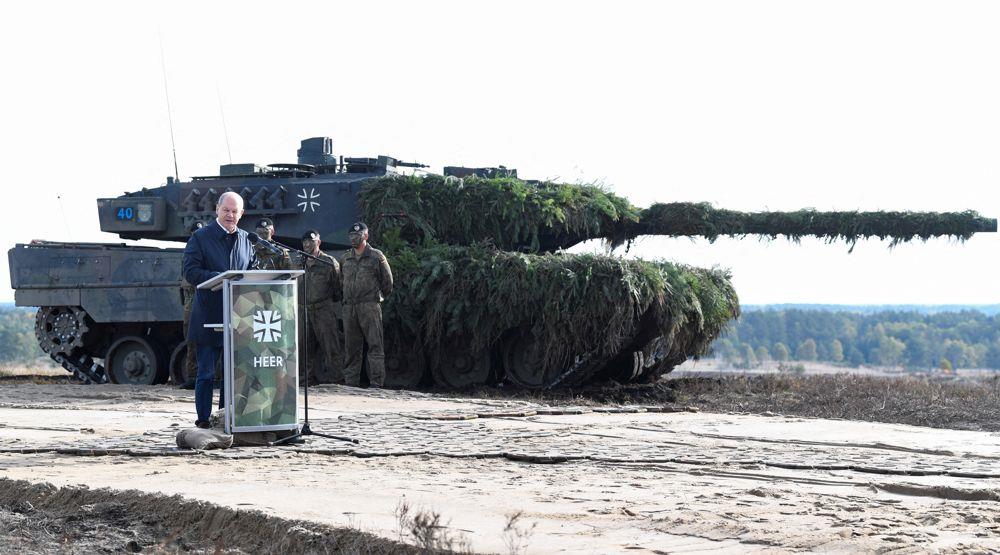 German Chancellor Scholz in front of a Leopard 2 tank at a military base in Bergen, Germany. file

After weeks of hesitation that saw growing impatience among Germany’s allies, Chancellor Olaf Scholz announced on Wednesday that his government would provide Ukraine with Leopard 2 battle tanks and approve requests by other nations to do the same.

Scholz said Germany was “acting in close coordination” with its allies.

The long-awaited decision came after US officials said a preliminary agreement had been struck for the United States to send M1 Abrams tanks to help Kyiv push back Russian forces entrenched in the east almost a year since the start of the war.

Scholz had insisted that any move to provide Ukraine with powerful Leopard 2 tanks would need to be closely coordinated with Germany’s allies, chiefly the United States.

Ekkehard Brose, head of the German military’s Federal Academy for Security Policy, said tying the United States into the decision was crucial, to avoid Europe facing a nuclear-armed Russia alone.

Kremlin spokesman Dmitry Peskov described German and US intentions with the tanks as a “a rather disastrous plan.” “I am convinced that many specialists understand the absurdity of this idea,” Peskov told reporters.

The far-right Alternative for Germany called the decision “irresponsible and dangerous.” The Left party, which also has historic links to Moscow, warned of a possible escalations in the ongoing conflict. — AP