The number of new deaths decreased by 10% 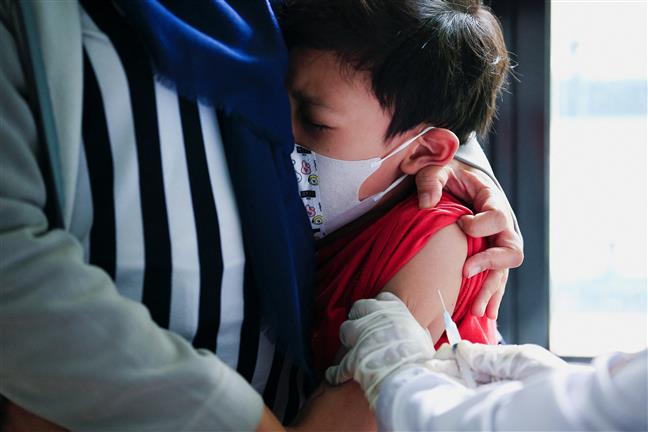 A child reacts while receiving a dose of China's Sinovac Biotech vaccine in Jakarta, Indonesia. Reuters

The number of new Covid-19 cases increased exponentially by 71 per cent globally during the week December 27-January 2 as compared to the previous week, while the number of new deaths decreased by 10 per cent, the WHO said on Thursday, as the new Omicron variant led the spike.

The Covid-19 Weekly Epidemiological Update, released by the global health agency, said that during the week of December 27 to January 2, following a gradual increase since October, the global number of new cases increased sharply by 71% as compared to the previous week.

The number of new deaths decreased by 10%. This corresponds to just under 9.5 million new cases and over 41,000 new deaths reported during the last week.

As of January 2, a total of nearly 289 million cases and over 5.4 million deaths have been reported globally, the update by the World Health Organisation said.

It said that all regions reported an increase in the incidence of weekly cases, with the Region of the Americas reporting the largest increase (100%), followed by the South-East Asia (78%), European (65%), Eastern Mediterranean (40%), Western Pacific (38%) and the African (7%) Regions. —PTI