Hong Kong leader Carrie Lam said it is ‘crystal clear’ that electoral reform is necessary, a day after a top Beijing official signalled major changes would be coming to ensure the semi-autonomous city is run by ‘patriots’ 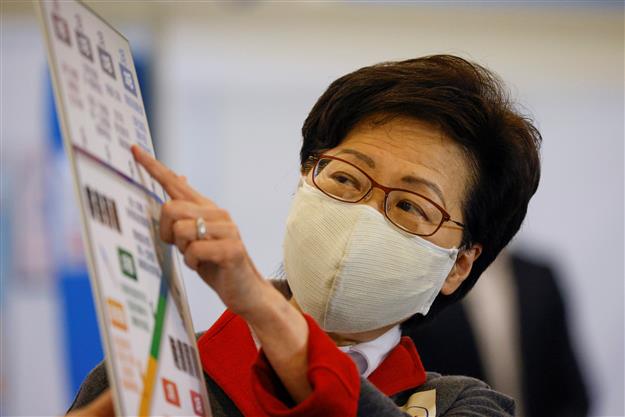 Hong Kong leader Carrie Lam has said on Tuesday that it is “crystal clear” that electoral reform is necessary, a day after a top Beijing official signalled major changes would be coming to ensure the semi-autonomous city is run by “patriots”.

Lam said political strife and unrest in the city, including anti-government protests in 2019 as well as protests in 2014, showed there were always some people who are “rather hostile” to the central authorities in China.

“I can understand that the central authorities are very concerned, they do not want the situation to deteriorate further in such a way that one country, two systems’ cannot be implemented,” Lam said at a regular news briefing.

The “one country, two systems” framework allows civil rights in Hong Kong that are not found on the mainland. The protesters say Hong Kong’s freedoms have been eroded as Beijing seeks more control.

Her comments came a day after Xia Baolong, director of Hong Kong and Macao Affairs Office of the State Council, said that Hong Kong could only be ruled by “patriots”, which exclude those who lobby other countries for foreign sanctions or “troublemakers”. AP