In midst of pandemic, East Africa braces for another locust invasion 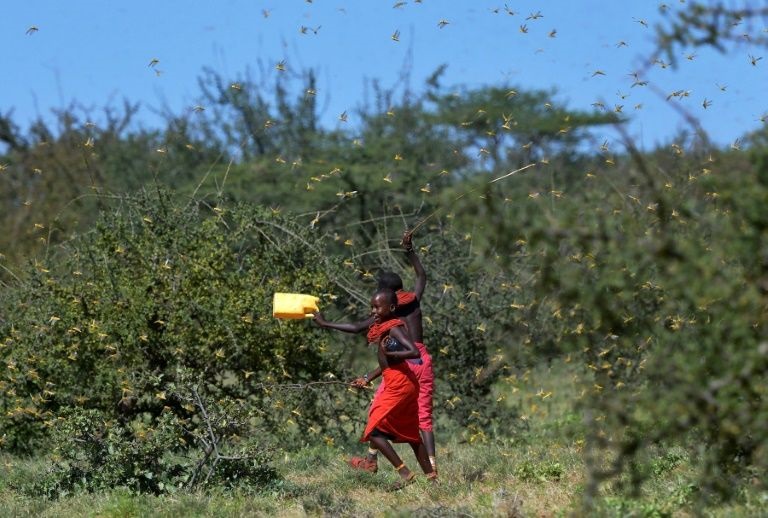 The migratory pests have descended on East Africa in record numbers since late 2019. AFP photos

East Africa is bracing for a third outbreak of desert locusts, with billions of the destructive insects about to hatch and threaten food supplies in a region already reeling from damaging rains and the coronavirus pandemic.

Spurred by favourable weather conditions, the migratory pests have descended on East Africa in record numbers since late 2019 and another wave is about to take to the skies despite the concerted use of pesticides.

"Tens of thousands of hectares of cropland and pasture have already been damaged across the Horn and East Africa," the International Rescue Committee said in a report this month, noting even a small swarm could devour the same amount of food in a day as approximately 35,000 people.

In Ethiopia between January and April, locusts destroyed 1.3 million hectares of grazing land and nearly 200,000 hectares of crops, resulting in the loss of 350,000 tonnes of cereals, IGAD, the East Africa regional organisation, said in a June report.

But these initial estimates — corresponding to the first and second locust waves — do not fully capture the extent of damage as field surveys have been hindered by the coronavirus pandemic.

"Until we get extended figures, I would just say Ethiopia was definitely the most affected in terms of croplands, then Somalia," says Kenneth Kemucie Mwangi from ICPAC, the climate monitoring programme of IGAD.

Somalia, which like Kenya experienced heavy rains and flooding in recent months that left scores dead, had already declared a "national emergency" against the locust scourge in February.

So far East African neighbours Tanzania, Rwanda and Burundi have been spared the insects, which travel in huge swarms billions of insects strong, and can migrate 150 kilometres (90 miles) in a single day. 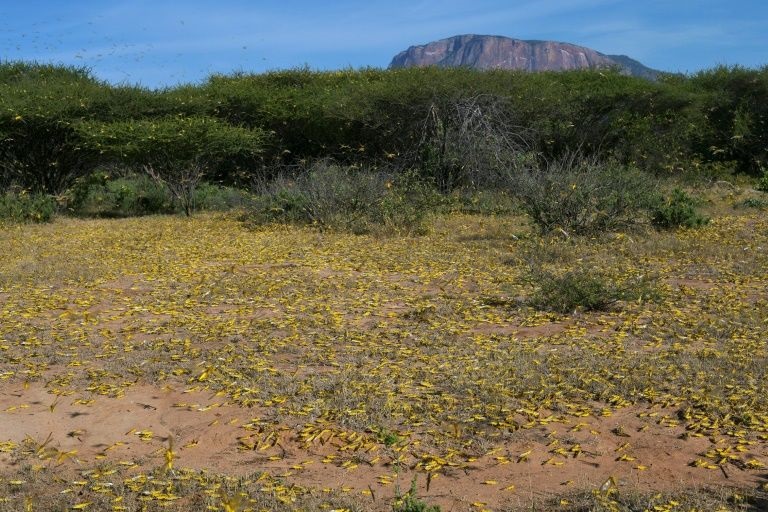 The World Bank in May approved a $500 million (€445 million) programme to help countries vulnerable to hunger in East Africa fight the pests eating their way across the region.

Pesticide spraying operations have been underway since February, helping wipe out staggering numbers of the insects capable of multiplying their numbers 20-fold every three months.

"About 400,000 hectares were controlled in the region between January and mid May. We estimate that 400 billion locusts have been exterminated," says Cyril Ferrand, a Nairobi-based expert with the FAO.

"We can't estimate the total population because we don't have access to certain areas, especially in Somalia. But we know that it's been seriously reduced."

In Kenya, where swarms blotted out the sky for miles in recent months, locusts have retreated to just three semi-arid counties in the country’s far north.

Fortunately too, forecasts of dire hunger did not materialise as the first swarm to arrive from Yemen in 2019 spared the end-of-year harvest, as the crops were already too mature.

The insects, which can eat their body weight in food in a single day, strip the leaves but not seeds.

"We have not seen signs of a large scale impact on food security," says Lark Walters of the Famine Early Warning Systems Network, a US-funded food security monitoring organisation.

However that doesn't mean the impact hasn't been keenly felt on among vulnerable communities where access to food is fragile, and any shocks can cause immense hardship, he said.

East Africa has endured a string of disasters of near-Biblical proportions in 2020: surging rain and devastating floods, locusts and then amid it all — a viral pandemic.

"Somali pastoralist communities have had three years of drought, then the locusts, now Covid, which will prevent them from exporting their livestock," said Ferrand of the FAO.

"For them it's disaster after disaster, so their resilience is already very low. The slightest shock can push them into extreme poverty."

These shocks can ripple too through the wider economy, where coronavirus lockdowns and border closures have already dragged on trade and caused financial hardship.

The looming third wave still lies as eggs beneath the soil, but is predicted to hatch in coming weeks, just as farmers take to the fields.

"We have concerns for the June-July harvest," said Waters.

Ethiopia's croplands, most notably in the north, where 90 percent of its cereal harvest is planted, is at particularly high risk, he added.

Warmer weather, more rain and wind gusts are expected to direct the insects northwards, deep into the Horn of Africa and as far as Yemen, areas that will become more conducive to their reproduction in the coming months. — AFP