India, EU unlikely to give early recognition to Taliban regime 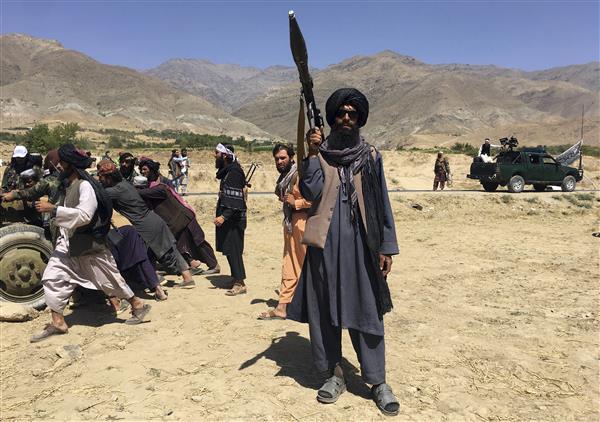 Though a new Taliban government could be sworn in this week, India and other major countries are unlikely to give it early recognition if the trend of discussions at a conference of 20 Foreign Ministers that ended late on Wednesday night is any indication.

The five major expectations from the Taliban were set out by US Secretary of State Antony Blinken and reiterated by the co-convener of the conference Heiko Mass.

The international community wants unhindered departure of those wishing to leave Afghanistan; free access to humanitarian aid; the total severing of relations with terrorist organisations; respect for human rights, especially women’s rights; and the establishment of a transitional government within the framework of the Doha negotiations.

These points were also underlined by External Affairs Minister S Jaishankar who also added that Afghanistan must not tolerate interference in its affairs by external players, especially those who are trying to intensify violence.

“Any further-reaching engagement will depend on the Taliban’s actions. An interim government that does not include any other groups, and yesterday’s violence against protesters and journalists in Kabul, are not signals to make us optimistic,” noted the German Foreign Minister.

“We can only note that these demands have not been met. Their actions do not match their words,” seconded French Foreign Minister Jean-Yves Le Driand while referring to five points that have become the common demand of a large number of countries.

The idea of a conference took shape after most countries supported each other in evacuating their nationals and loyal Afghans. “We want to take a joint and coordinated approach in the next phase, too, particularly with regard to how we handle the new power-holders in Kabul,” said Maas.

Japan also urged the Taliban to enable safe passage of people and to ensure an inclusive political process. Pakistan Foreign Minister Shah Mehmood Qureshi said a sustained international engagement with Afghanistan will be the best counterterrorism investment for all.