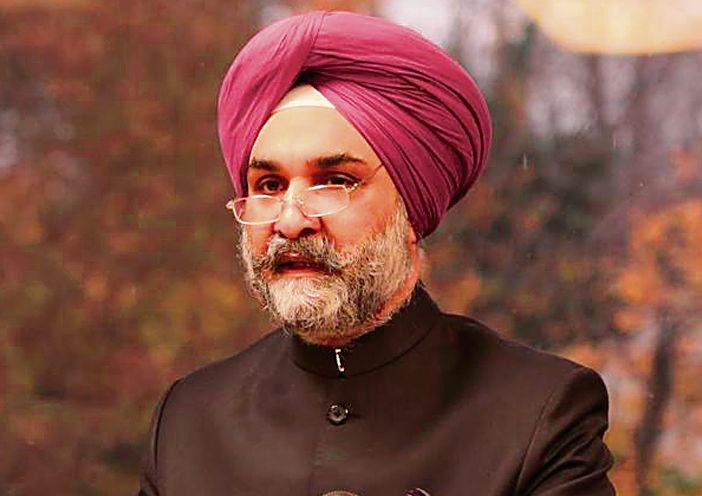 Taranjit Singh Sandhu, Indian Ambassador to the US

Indian Ambassador to the US Taranjit Singh Sandhu held a virtual interaction with members of the Sikh community in the United States, during which the participating diaspora leaders pledged to contribute to India's development with particular focus on Punjab.

“Wonderful interaction with prominent members of the vibrant Sikh Indian-American community,” Sandhu tweeted on Friday soon after the virtual meeting, which was attended by about 100 eminent Sikh leaders. During the two-hour-long meeting, the ambassador briefed the community members on the India-US strategic ties and praised their immense contribution to the socio-economic milieu of the United States and development of India.

Wonderful interaction with prominent members of the vibrant Sikh Indian-American community. There was a lot of enthusiasm to do something for development of Punjab. —Taranjit Singh Sandhu, Indian Ambassador to the US

The Sikh leaders expressed interest in helping to develop Punjab in sectors such as education and environment.

“There was a lot of enthusiasm to do something towards the overall development of Punjab,” according to a participating official. During his previous postings in the US in various capacities, Sandhu has been instrumental in engaging the Sikh diaspora.

He had played a key role in the first ever meeting of the Sikh community leaders here with Prime Minister Narendra Modi during the latter's visit in 2016. —PTI