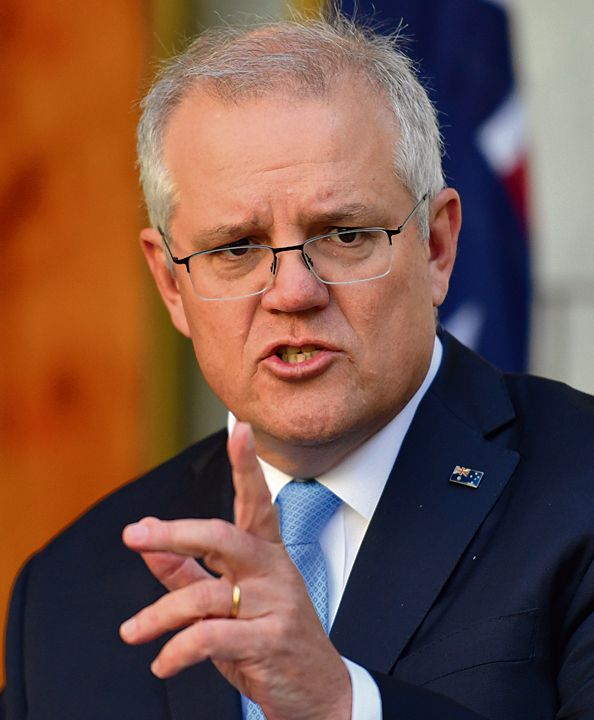 Australian Prime Minister Scott Morrison on Friday said in Melbourne that international students and travellers from India would soon be allowed to enter the country.

“We’re looking forward to Indian students coming back to Australia…not too long now. We've recognised Indian-manufactured vaccines that will be facilitating the return of Indian students and Indian travellers to Australia,” said Morrison while speaking at the unveiling of a statue of Mahatma Gandhi in Melbourne's Rowville suburb on Friday.

Morrison also pointed out that the government had expanded the definition of immediate family, which would benefit those who’ve been separated from their parents for some period of time.

Education is a major foreign exchange earner for Australia and it is estimated that out of the over six lakh foreign students enrolled in universities there, one-fifth or well over one lakh students are from India. Besides, about four lakh tourists from India visit Australia every year.

Morrison also praised the Indian diaspora for its commitment towards family and expressed admiration for PM Narendra Modi.

“We first (PM Modi and Morrison) met here in Melbourne many years ago at the MCG when he came to Australia and I was fortunate enough. I was the Minister for Immigration at the time and I was seated next to him,” he recalled.

“I wasn’t expecting because, you know, he's a rock star, but thankful to security that night, he and I had quite a nice and friendly chat. We’ve remained friends ever since,” he added.