Islamophobia rampant on social media, not in real life: Study 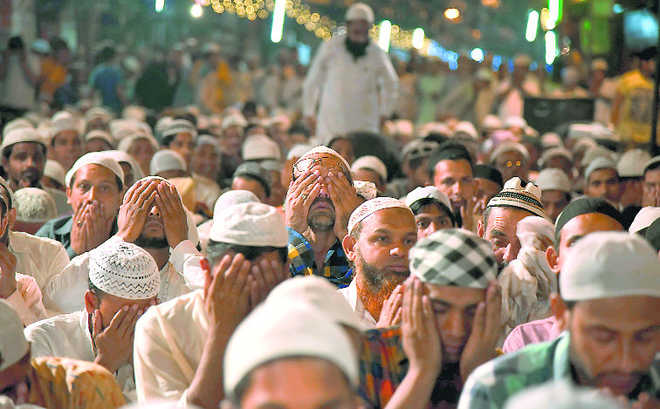 Islamophobia was rampant on social media during the 2018 US midterm elections.Tribune photo: Himanshu Mahajan

With an aim to dispel the myth that the vast majority of people in the US are anti-Muslim, researchers say that the hatred Muslim candidates see online may be different than what they experience on the campaign trail.

Islamophobia was rampant on social media during the 2018 US midterm elections.

In a study, the researchers found that the majority of anti-Muslim tweets related to the 2018 midterm elections were sent by either a select few thought leaders with large followings on social media, or by bots—software that autonomously tweets or retweets content.

Additionally, Muslim candidates' face-to-face experiences with constituents were generally more positive than what they experienced online.

"People retweet these messages of hate because they feel like they're jumping on the bandwagon where they think everyone feels that way," said Shaheen Pasha, an assistant teaching professor at Pennsylvania State University.

In reality, it's just a handful of people and a lot of bots who are creating this content.

"These hateful messages are snowballing even though the majority of people may not agree or actually feel that way," she added.

According to the researchers, Islamophobia ramped up on social media as Muslim candidates ran for seats in the US Senate and House of Representatives in the 2018 midterm elections.

Ilhan Omar and Rashida Tlaib, who campaigned during the election and ended up being the first two Muslim women elected to Congress, were two of the primary targets.

Pasha said that as more Muslims run for political office, she and the other researchers wanted to do a deep dive into where Islamophobia on social media was coming from, to learn more about what future Muslim candidates can expect.

"We're going to continue seeing these messages in the next election, especially with candidates who are more vocal or more visibly identifiable as Muslims," said Pasha.

"We wanted to put together a roadmap for future candidates that let them know what they can expect to see online, what to expect on the ground as they speak with the public, and what this means for them as they go out in the public eye," she said.

For the study, the researchers surveyed 40 Muslim Americans who ran for office in the 2018 midterm election about their experiences during their campaigns.

Tweets were coded for hate speech and Islamophobic or xenophobic language.

The researchers found that while the Muslim candidates reported little Islamophobia while meeting with constituents face to face, there was a narrative surrounding the candidates on social media that was "disproportionately Islamophobic, xenophobic, racist, and misogynistic", according to the report, recently published by the Social Science Research Council.

For example, 40 per cent of the 90,193 tweets referencing Omar within the study window contained Islamophobic or anti-immigrant language.

Another 10 per cent contained Israel-related hate speech. Out of the 12,492 tweets tagging Tlaib, 28 per cent were Islamophobic or anti-immigrant and 22 per cent attacked her sympathy for Palestine.

In contrast, while one-third of survey respondents reported "high" or "very high" levels of Islamophobia during their campaigns, almost 40% said they experienced "little" or "no" Islamophobia.

"When the candidates met people on the ground, there was some skepticism, but it wasn't coming from a place of hatred and vitriol like we saw online," Pasha said. —IANS