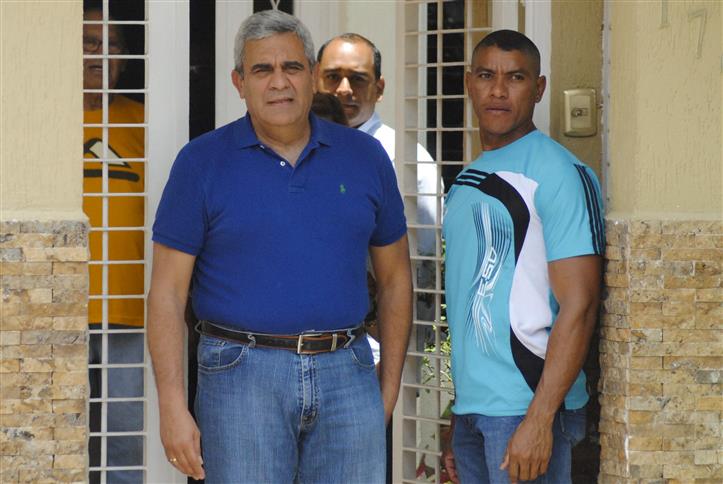 Former general Raul Baduel (C) walks out from his house in Maracay, Venezuela, on August 13, 2015. Reuters

Baduel was arrested in 2009 on corruption charges after falling out with the Socialist Party, eventually placed on house arrest and then re-jailed in 2017 for allegedly conspiring against Maduro.

"We regret the death of Raul Isaias Baduel from cardiac-respiratory failure, the product of COVID-19, though he was receiving the corresponding medical care and had gotten the first dose of the vaccine," attorney general Tarek Saab said in a Twitter post.

Saab did not specify whether Baduel was hospitalised or in prison when he died. He had been held at a Sebin intelligence police site.

Human rights groups blamed the government for his death.

"With the death of Raul Isaias Baduel there are ten political prisoners who have died in custody," activist Gonzalo Himiob said on Twitter. "The responsibility for the life and health of any prisoner falls on the state." Last year Baduel's daughter told Reuters he had not yet been tried on the second tranche of accusations against him and that his lawyers had been unable to access his case file. Reuters