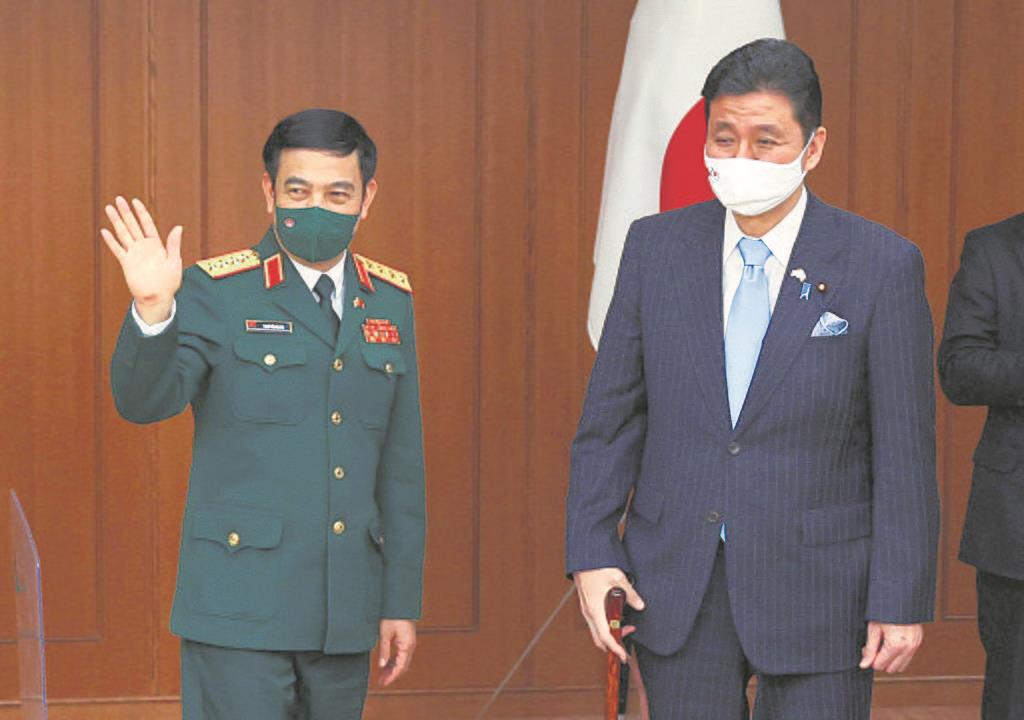 Japan and Vietnam on Tuesday signed an agreement to cooperate in space defence and cybersecurity, as the two Asian nations rapidly step up their military ties amid concerns over China’s growing assertiveness.

Japan’s Defence Minister Nobuo Kishi told reporters that the space and cyberspace agreement aimed to address a “strong sense of urgency” over activities in the Indo-Pacific region that challenge the existing international order, indicating China without identifying any country by name.

Kishi said talks with his Vietnamese counterpart, Phan Van Giang, had taken “defence cooperation between the two countries to a new level”.

Kishi also said he raised concerns over the recent escalation of joint military activities by China and Russia near Japanese waters and airspace. Kishi said a fleet of two Chinese H-6 fighters and two Russian Tu-95 flew from the Sea of Japan to the East China Sea and to the Pacific Ocean, triggering Japanese Self-Defence Force jets to scramble.

Chinese and Russian warplanes previously flew together around Japan twice in 2019, he added. — AP