The accused ran away after pushing the woman, but was later arrested 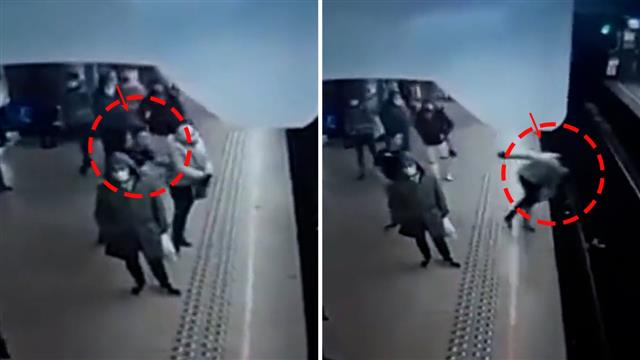 A young man was deliberately seen pushing a woman onto the tracks in Rogier metro station in Brussels at last week.

The woman was pushed onto the tracks just as the metro was pulling into the station. Luckily, the metro was able to stop in time.

The metro train operator reportedly saw the person on the tracks and stopped just in time by pulling the emergency brake,

She was then quickly helped by the bystanders, Brussels public transport company STIB, which operates the metros in the capital city, confirmed.

“The driver reacted very well but is very much so in shock, as is the victim,” Guy Sablon, spokesperson for STIB, told The Brussels Times.

Below is the video.

The accused ran away after pushing the woman, but was arrested later. The victim was taken to a hospital and she returned home after necessary care.