She shares the contents of her ‘personal toolbox’ in the book 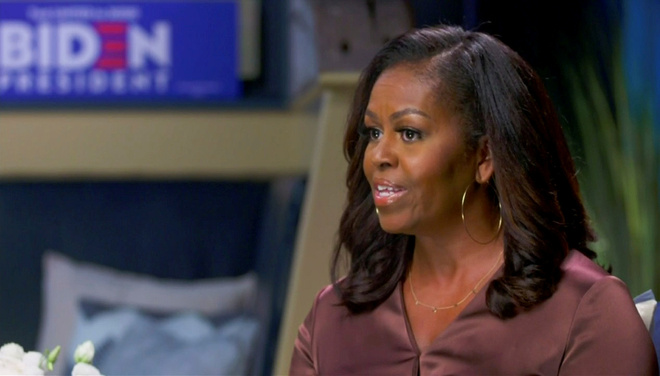 Michelle Obama says it helps to focus on what you can control when you feel out of control.

Among the things she could control during the death and isolation of the pandemic, the racial unrest and threats to democracy were her spools of yarn and her knitting needles.

She labels such thinking the “power of small," and she writes in her new book, “The Light We Carry: Overcoming in Uncertain Times”, that by focusing on a small task like knitting, she was able to get through the worry, anxiety and stress of the past few unsettling years.

The former first lady on Tuesday night kicked off a month long, six-city publicity tour to promote the book at the Warner Theatre here.

“In so many ways, it is like a faith,” she said, seated on stage with a friend, former daytime talk-show host Ellen DeGeneres.

In the book, published on Tuesday, she shares the contents of her “personal toolbox” — the habits and practices, attitudes and beliefs, and even physical objects that she uses to overcome her feelings of fear, helplessness and self doubt.

“This book is meant to show you what I keep there and why, what I use professionally and personally to help me stay balanced and confident, what keeps me moving forward even during times of high anxiety and stress,” she wrote in the introduction.

The 58-year-old wife of former President Barack Obama wrote that the book, her third, is not a how-to manual, but rather is a “series of honest reflections on what my life has taught me so far.”

She opened the tour in Washington and has events planned at Philadelphia's The Met, Atlanta's Fox Theatre, the Chicago Theatre and San Francisco's Masonic before the tour closes at the YouTube Theatre in Los Angeles.