Monkey attacks and nearly kidnaps 3-year-old girl, drags her on road in viral video from China 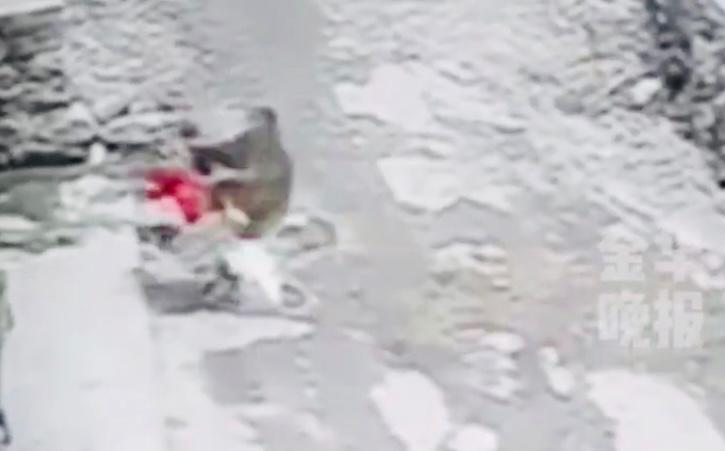 A three-year-old girl was attacked and almost kidnapped by a wild monkey in a village in Southwest China’s Chongqing Municipality on Tuesday afternoon. She, was however, saved by a nearby villager.

As per reports, the monkey had previously attacked local villagers on multiple occasions.

A CCTV video showed the girl playing with a scooter outdoors when the monkey suddenly jumps up, throws her on the ground and swiftly drags her away.

A girl in a village in Chongqing was attacked by a monkey. pic.twitter.com/w0rMHRGWi7

A villager happens to spot the incident, and rushed stops a “potential tragedy”, reports Global Times.

According to the girl’s mother, surnamed Liu, the incident took place on Tuesday afternoon when she was doing cooking inside her home while her daughter was playing outdoors alone.

She got to know about the incident from her next-door neighbours and checked the CCTV camera. After that, Liu reported the incident to the local police.