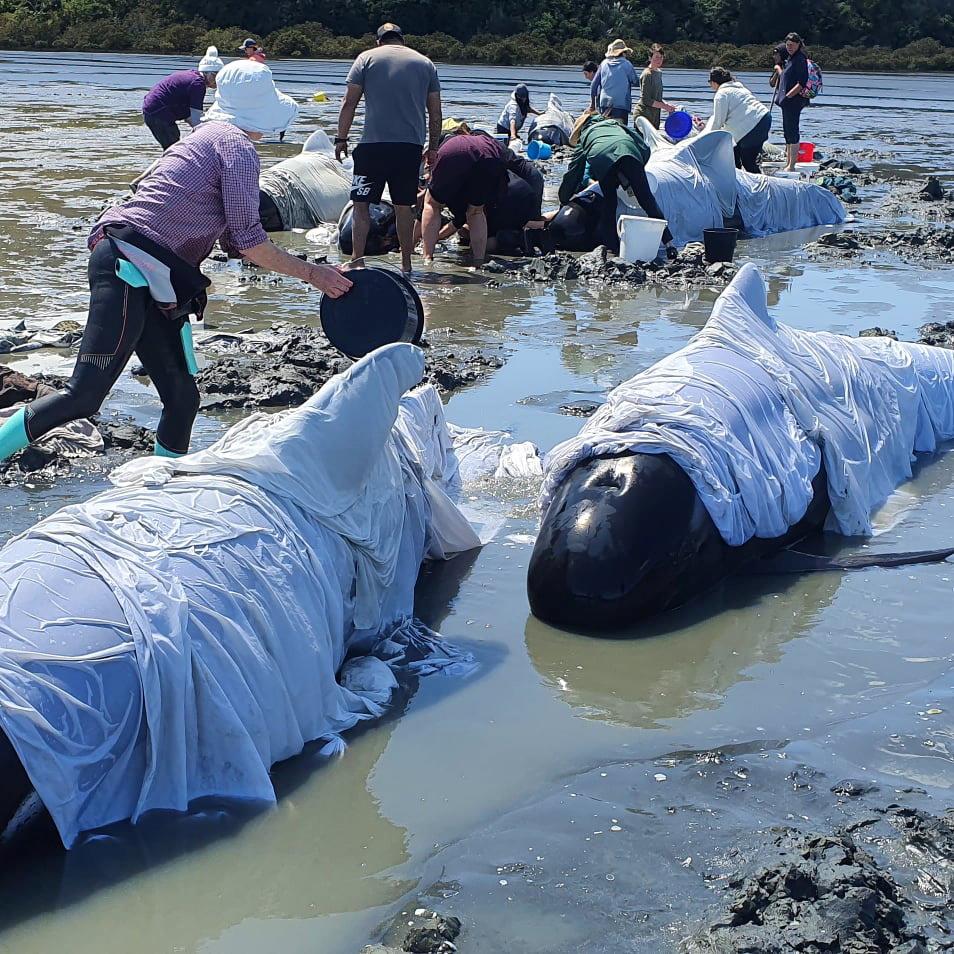 People tend to stranded whales in the Coromandel, New Zealand, on October 17. Image obtained by REUTERS

More than a dozen whales have died in New Zealand after becoming stranded on the country’s North Island, the Department of Conservation said on Sunday.

Rescuers and volunteers worked all day on Saturday to re-float about 25 of the animals, part of a pod of about 40 to 50 pilot whales who got stranded earlier that day on a beach in the Coromandel Peninsula.

Five dead pilot whales were discovered late on Saturday night at a site thought to be the original stranding location, the department said.

“Although the high tide at about 9 pm on Saturday night had allowed the stranded whales to be re-floated, members of the pod re-stranded this morning, including several on rocky outcrops at the bay,” the Department said in a statement on its Facebook account.

“Sadly, about dozen have died after re-stranding on the rocks this morning. However, we are encouraged by the fact the majority of the stranded whales have re-joined the pod this morning and have been chaperoned out to deep water,” the department added. Reuters