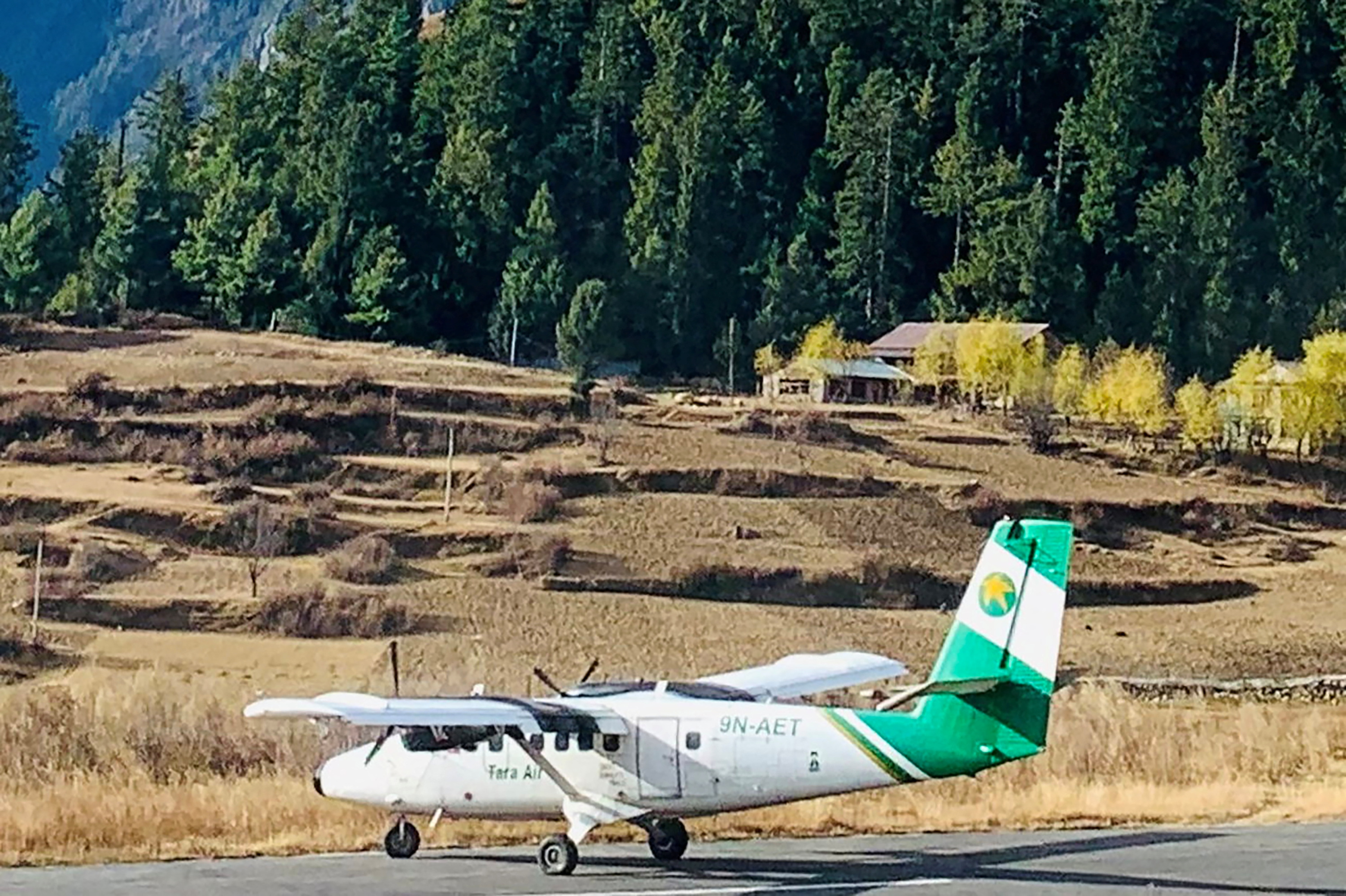 The fate of 22 people, including four members of an Indian family, on board a Nepalese airlines plane remained unclear as bad weather and blankets of clouds made it difficult to locate the aircraft that went missing on Sunday in the mountainous region of the Himalayan nation minutes after taking off from the tourist city of Pokhara, officials said.

The condition of the plane belonging to Tara Air that took off at 10:15 am from Pokhara, 200 kilometers east of Kathmandu, is unknown till now, the Civil Aviation Authority of Nepal (CAAN) said in a statement.

The plane was flying from the city of Pokhara to Jomsom, a popular tourist town in central Nepal.

The airline issued the list of passengers which identified four Indians as Ashok Kumar Tripathy, his wife Vaibhavi Bandekar (Tripathy) and their children Dhanush and Ritika. The family is currently residing in Thane city near Mumbai.

“As the search operations carried out in possible sites have been hindered due to hilly terrain and bad weather, the status of the aircraft is still unknown,” the CAAN statement said.

“However, the Rescue Coordination Centre remains open for 24 hours and the search operations will be intensified through air as well as land routes,” it added.

An army helicopter as well as private choppers were taking part in the search, it said.

A Nepal Army spokesman said that troops and the helicopter with rescue teams are trying to locate the possible incident site - believed to be in and around Lete, Mustang.

“Poor visibility due to bad weather is hindering the efforts. The plane has not yet been located. We are trying to reach the place where locals have allegedly seen something burning. Once our troops reach the location then only we can verify the findings officially and independently,” the spokesperson said.

“Tara Air flight 9NAET that took off from Pokhara at 9.55 AM today with 22 people onboard, including 4 Indians, has gone missing. Search and rescue operation is on. The embassy is in touch with their family,” it said.

The crew of the aircraft was led by captain Prabhakar Prasad Ghimire. Utsav Pokhrel is the co-pilot while Kismi Thapa is the air hostess, Pokhara Airport Information Officer Dev Raj Adhikari.

The aircraft was scheduled to land at Jomsom Airport in the Western mountainous region at 10:15 am.

The aircraft lost contact with the tower from the sky above Ghorepani on the Pokhara-Jomsom air route, aviation sources said.

According to an air traffic controller at Jomsom Airport, they have an unconfirmed report about a loud noise in Ghasa of Jomsom. It was suspected that the aircraft crashed in the Dhaulagiri area.

A Nepal Army helicopter carrying 10 soldiers and two employees of the civil aviation authority landed on the bank of a river near the Narshang Monastery, the possible site of the crash, Prem Nath Thakur, general manager of the Tribhuvan International Airport, was quoted as saying by My Republica newspaper.

Interestingly, the airplane was located after Nepal Telecom tracked down the cellphone of the airplane’s pilot Captain Prabhakar Ghimire through the Global Positioning System (GPS) network.

“The cell phone of Captain Ghimire of the missing aircraft has been ringing and Nepal Army’s helicopter has landed in the possible accident area after tracking the captain’s phone from Nepal Telecom,” Thakur said.

Chief District Officer of Myagdi Chiranjibi Rana earlier told The Kathmandu Post newspaper that bad weather hampered the search efforts at the site where the plane was last spotted by the locals.

According to him, locals reported that the plane made two circles at Khaibang and headed to Kiti Danda near Lete Pass (2,500m).

“A team of police has been mobilised at the site. The site is a 12-hour walk from Lete,” he said. “There are no human settlements in the area where locals last spotted the plane.” “As soon as the weather improves, the helicopter will begin aerial operations,” said Rana.

A helicopter that flew from Pokhara in search of the missing aircraft earlier in the day returned without any success due to bad weather.

The aircraft was last tracked taking a turn toward the Dhaulagiri Peak, officials said.

An MI-17 helicopter of the Nepal Army has also been dispatched from Kathmandu to Lete to help in the search operation.

The family members of the missing crew and passengers have gathered at the Pokhara Airport.

In 2016, all 23 people aboard were killed when a plane of the same airline flying the same route crashed after take-off.

In March 2018, a US-Bangla Air crash occurred at the Tribhuvan International Airport, killing 51 people on board.

A Sita Air flight crashed in September 2012 while making an emergency landing at the Tribhuvan International Airport, killing 19 people.

A plane flying from Pokhara to Jomsom crashed near Jomsom airport on May 14, 2012, killing 15 people.

Tara Air is the newest and biggest airline service provider in the Nepalese mountains, according to the airline website. It started business in 2009 with the mission of helping develop rural Nepal. PTI