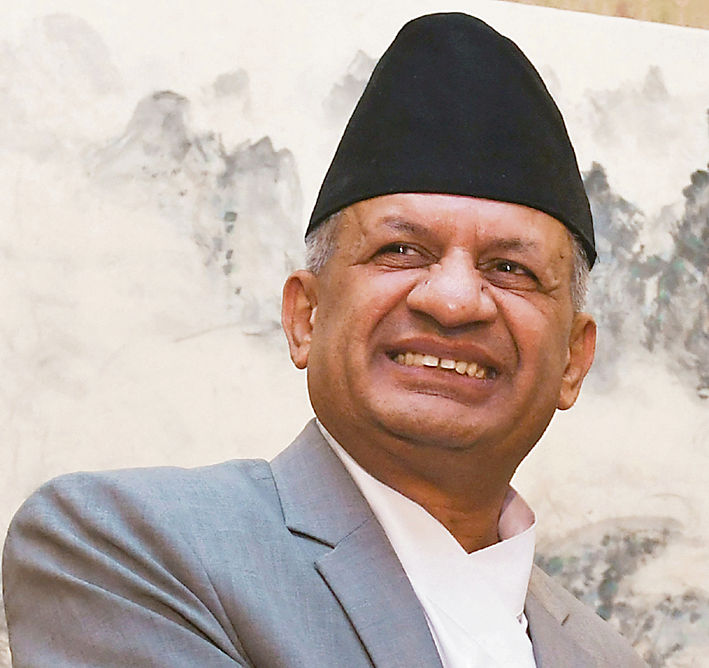 Nepal’s Foreign Minister Pradeep Kumar Gyawali on Thursday embarked on a three-day visit to India during which he will attend the 6th meeting of Nepal-India Joint Commission and discuss the entire gamut of relations, including COVID-19 cooperation and border disputes, with his Indian counterpart S Jaishankar.

Gyawali is the senior-most political leader from Nepal to visit India after Prime Minister KP Sharma Oli triggered a border row last year by publishing a new political map that showed the three Indian territories — Limpiyadhura, Kalapani and Lipulekh — as part of Nepal.

The Joint Commission is the highest mechanism between the two countries to discuss the entire gamut of bilateral relations.

During the meeting, the two countries are scheduled to hold discussions on various issues including bilateral trade, energy, border disputes and COVID-19 assistance.

During his visit, Foreign Minister Gyawali will also meet with the high-level dignitaries of India, the Foreign Ministry said here.

Gyawali is being accompanied by Foreign Secretary Bharat Raj Poudyal and Secretary at the Ministry of Health and Population Laxmi Aryal, according to officials.

After Nepal released the map last year, India reacted sharply, calling it a “unilateral act” and cautioning Kathmandu that such “artificial enlargement” of territorial claims will not be acceptable to it.

India said that Nepal’s action violated an understanding reached between the two countries to resolve the boundary issues through talks.

The bilateral exchanges that had stalled due to the bitter boundary dispute were reset in the later part of 2020 with a series of high-level visits, as New Delhi emphasised that it sees itself as the Himalayan nation’s “foremost friend” and development partner.

Foreign Secretary Harsh Vardhan Shringla’s maiden visit to Nepal in November was largely aimed at resetting bilateral ties. Shringla met Prime Minister Oli and other top political brass and emphasised that India and Nepal are on the same page and share the same vision.