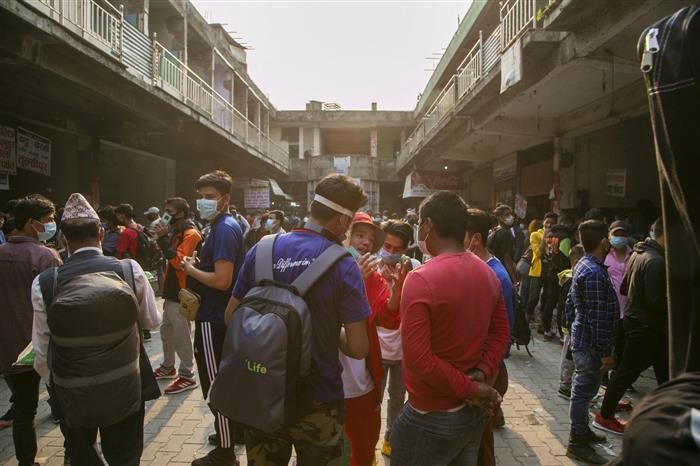 Nepal President Bidhya Devi Bhandari has refused to sign, within the stipulated deadline, a key Bill to amend the Nepal Citizenship Act, which was endorsed twice by both houses of the Parliament, a move described by experts as a serious blow to the Constitution. AP/PTI file

Nepal President Bidhya Devi Bhandari has refused to sign, within the stipulated deadline, a key Bill to amend the Nepal Citizenship Act, which was endorsed twice by both houses of the Parliament, a move described by experts as a serious blow to the Constitution.

A senior official at the President’s Office Bhesh Raj Adhikari said the Bill was not signed as of midnight on Tuesday — the deadline to authenticate the Bill re-endorsed by both — House of Representatives and the National Assembly — after the President earlier sent it back noting that the Parliament required to reconsider the Bill as per the Constitution.

Speaker Agni Prasad Sapkota, who had on September 5 recertified the Amendment Bill, sent it to Bhandari for authentication. The President, however, did not clear it within 15 days given by the Constitution for certification.

The second amendment to the Citizenship Act was aimed at addressing concerns of the Madhesh-centric parties and the Non-Resident Nepali Association.

The rejection of the Bill has affected at least half a million stateless people waiting for its passage to get their national identity cards. The Bill that defines the entitlement for citizenship based on marital grounds and ensures non-voting citizenship to non-resident Nepalis living in non-SAARC countries has come under criticism from some quarters of the society, citing it did not prevent foreign women marrying Nepali men from getting citizenship easily. — PTI