Nepal to resume flights services to China, Qatar and Turkey from early June 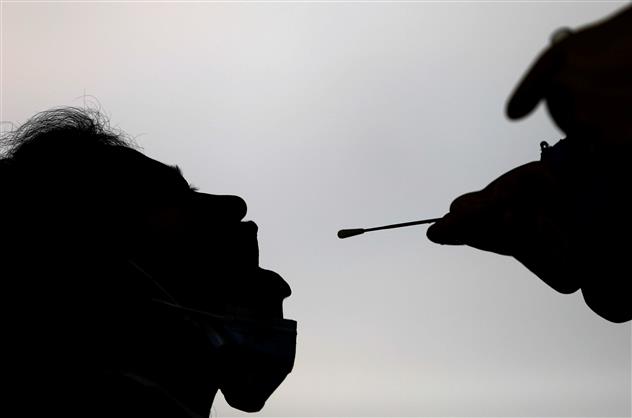 A woman takes a PCR test from a mobile swab collection vehicle, amid the major second wave of the coronavirus disease in Kathmandu. Reuters

The Nepal government has decided to open flight services to and from China, Qatar and Turkey from the beginning of June, as desperate flyers complain of exorbitant rates being charged by travel agents for chartered flights, according to a media report on Friday.

Nepal’s Tourism Minister Bhanubhakta Dhakal said the resumption of air travel was approved at a Cabinet meeting held on Thursday.

“Amid complaints that passengers, mainly Nepalis, were being forced to pay exorbitant fares for chartered flights, we decided to open limited flights,” the minister told The Kathmandu Post newspaper.

Director General of the Civil Aviation Authority of Nepal, Rajan Pokhrel said that two flights would be allowed each week for China and Qatar.

“Since there are no Nepali carriers flying to Turkey, one flight a week has been allowed to the country,” Pokhrel said.

Nepal suspended international flight services on May 6, following a spike in Covid-19 cases in the country. However, India was an exception to the ban.

As per the ‘air bubble’ arrangement, two flights were allowed every week in the New Delhi-Kathmandu sector.

Nepal is experiencing a deadly second wave of the coronavirus pandemic and several countries have banned travel to the Himalayan nation.

As of Thursday, the coronavirus has claimed 6,951 lives in the country and 5,42,253 cases have been reported. PTI

Sand, gravel supply increases in Punjab, so do rates