Numerous countries have seen increases in reports of domestic violence since the pandemic began. 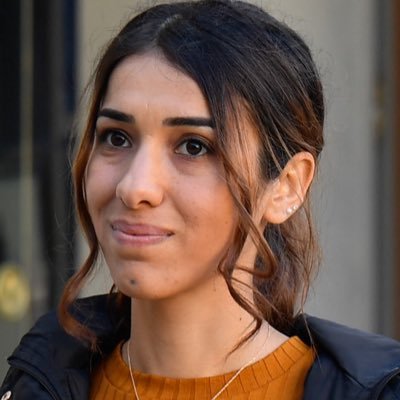 Nobel Peace Prize laureate Nadia Murad said the coronavirus pandemic has increased trafficking of women and gender-based violence, leaving the health and safety of women “on the line.”

The 27-year-old activist, who was forced into sexual slavery by Islamic State fighters in Iraq, said curfews, lockdowns and travel restrictions imposed by governments to slow the spread of the virus “have had unintended consequences on women worldwide.”

“Rather than reducing human trafficking and gender-based violence, the pandemic has increased the risk of exploitation and brutality against those most vulnerable,” she said.

“Numerous countries have seen increases in reports of domestic violence since the pandemic began.”

“The few resources designated for prevention, rescue and rehabilitation are being stretched thin,” she said.

“As a result, women's health and safety are on the line. It is now difficult for many women to access psychological support (and) health care.”

A member of Iraq's Yazidi minority, Murad was among thousands of women and girls who were captured and forced into sexual slavery by Islamic State militants in 2014. Her mother and six brothers were killed by IS fighters in Iraq.

She became an activist on behalf of women and girls after escaping and finding refuge in Germany and shared the Nobel Peace Prize in 2018.

Murad spoke virtually at a U.N. meeting Monday titled “Locked Down and Locked-In: Standing Against Sexual Violence and Human Trafficking during the COVID-19 Pandemic.” It was organised by Nadia's Initiative, the nonprofit organization she founded in 2018 that advocates for survivors of sexual violence and aims to rebuild communities in crisis, along with UN Women and the U.N. Office on Drugs and Crime (UNODC).

Murad, a UNODC goodwill ambassador for trafficking survivors, noted that Monday was International Women Human Rights Defenders Day, and expressed hope that the spotlight would “amplify the urgent need to combat gender-based violence and human trafficking.” Phumzile Mlambo-Ngcuka, the head of UN Women, said 72 per cent of trafficking victims detected globally are women and girls -- and 77 per cent of identified female survivors were trafficked for sexual exploitation.

The COVID-19 pandemic will push 47 million more women and girls into extreme poverty, she said, “but business is booming for the traffickers.”

“During pandemic lockdowns, two-thirds of anti-trafficking workers reported seeing an increase in online recruitment by traffickers for the purpose of sexual exploitation online,” Mlambo-Ngcuka said.

She said the pandemic has reduced access to health care and compromised the capacity of governments and the United Nations “to report on violations, provide protection and combat impunity.”

Mlambo-Ngcuka called for urgent and coordinated global action and cited one promising response -- 146 countries answered U.N. Secretary-General Antonio Guterres' call for measures to prevent violence against women and girls and promote “peace in the home” as part of their plans to tackle COVID-19.

“I am looking forward to the day when we have no sexual and gender-based violence, especially under COVID, from which to be resilient," she said in a virtual speech.

“We will not allow sexual and gender-based violence and human trafficking to slip into the shadow,” she said, pledging support to Murad and others “who fight for just and equitable societies every day.” —AP