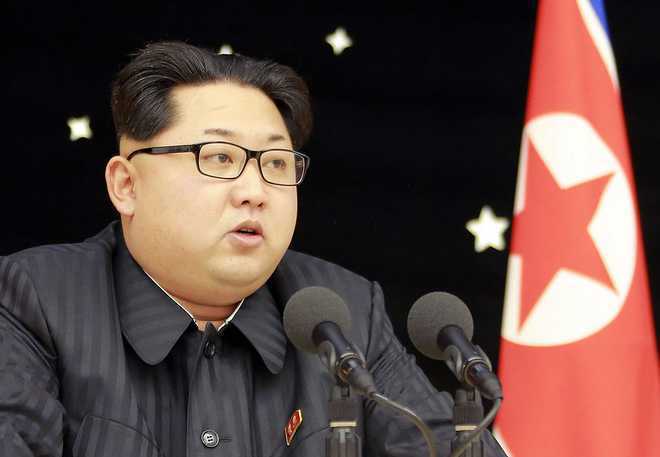 North Korean leader Kim Jong Un ordered his government to be prepared for both dialogue and confrontation with the Biden administration—but more for confrontation, state media reported on Friday, days after the United States and others urged the North to abandon its nuclear programme and return to talks.

Kim's statement indicates he'll likely push to strength his nuclear arsenal and increase pressure on Washington to give up what North Korea considers a hostile US policy, though he'll also prepare for talks to resume, some experts say.

During an ongoing ruling party meeting on Thursday, Kim analysed in detail the policy tendencies of the US under President Joe Biden and clarified unspecified steps to be taken in relations with Washington, the Korean Central News Agency said.

In 2018-19, Kim held a series of summits with then-President Donald Trump to discuss his advancing nuclear arsenal. But their negotiations fell apart after Trump rejected Kim's calls for extensive sanctions relief in return for a partial surrender of his nuclear capability.

Biden's administration has worked to formulate a new approach on North Korea's nuclear program that it describes as “calibrated and practical”.

Details of his North Korea policy haven't been publicized, but US officials have suggested Biden would seek a middle ground between Trump's direct meetings with Kim and former President Barack Obama's “strategic patience” to curb Kim's nuclear program.

Earlier this week, leaders of the Group of Seven wealthy nations issued a statement calling for the complete denuclearisation of the Korean Peninsula and “the verifiable and irreversible abandonment” of North Korea's nuclear and missile programs.

They called on North Korea to engage and resume dialogue and respect human rights conditions.

Kim has recently threatened to enlarge his nuclear arsenal and build high-tech weapons targeting the US mainland if Washington refused to abandon its hostile policy on North Korea. AP