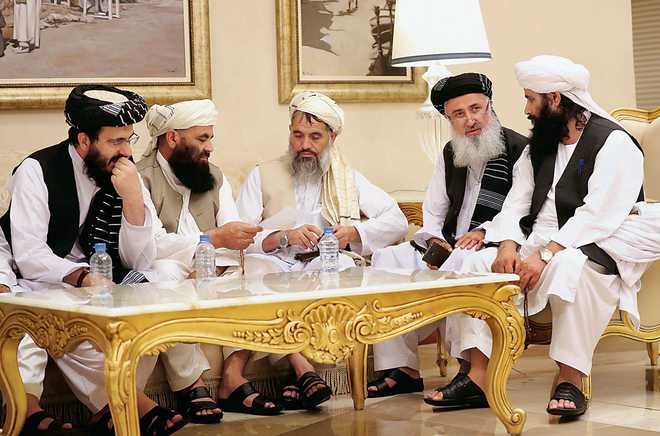 Pakistan's frustration with the Afghan Taliban became evident on Thursday when its top security official said Islamabad was "not completely optimistic" of the Taliban government in Kabul as organised terrorist networks are still operating in the war-torn nation and the Afghan soil was still being used against his country.

Briefing the National Assembly Standing Committee for Foreign Affairs, National Security Adviser Moeed Yusuf spoke about the threat posed to Pakistan by the presence of the banned Tehreek-e-Taliban Pakistan in Afghanistan. "Organised terrorist networks are still operating in Afghanistan and the Afghan soil is still being used against Pakistan,” he said. “Pakistan is not completely optimistic of the Taliban government and a complete solution to all problems should not be expected with the Taliban coming into powe,” he said. — PTI

Lahore: Inciting public to raise funds for ‘Jihad’ is not allowed to individuals or any organisation in Pakistan and is considered as treason, the Lahore High Court has ruled as it dismissed appeals of two terrorists convicted for raising funds for a proscribed terror outfit. The court ruling came on Wednesday.