Omicron surge could differ per country: WHO 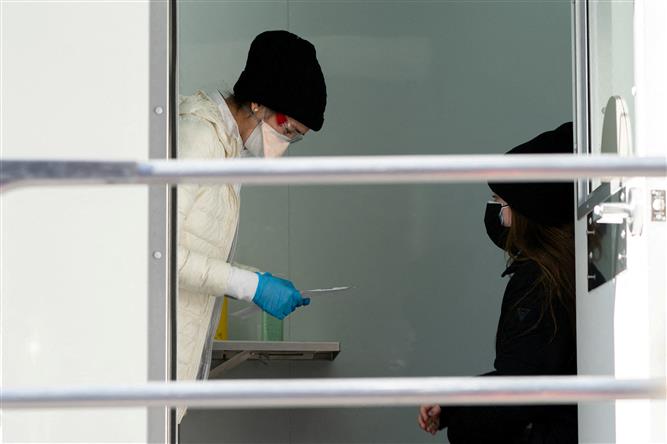 A staff assists a visitor for a coronavirus disease (Covid-19) test at a popup Covid-19 testing site as the Omicron coronavirus variant continues to spread in the Queens borough of New York City, U.S., December 23, 2021. Reuters file photo

top World Health Organisation official says low hospitalisation and death rates in South Africa due to the omicron variant cannot be considered a template for how the variant will fare as it surges in other countries.

Dr. Abdi Mahamud, Covid-19 incident manager at the UN health agency, notes a “decoupling” between case counts and deaths in the country, which first announced the emergence of the fast-spreading new variant.

He said Tuesday that in terms of hospitalisations South Africa remains “very low, and the death has remained very, very low.”

But Mahamud says “it cannot be extrapolated from South Africa to other countries, because each is country is unique on its own”.           By its latest count, WHO says 128 countries had confirmed cases of the new variant that first emerged in southern Africa in November, but many other places — which may not have complete testing capabilities — are believed to have it too.

Mahamud notes that omicron has shown nearly unprecedented transmissibility for a virus.

He notes a “remarkable increase” in cases in the United States, where “we are seeing more and more hospitalisations coming along”. But he did cite an increasing number of studies showing omicron affects the upper part of the body, whereas other versions devastated lung function and caused severe pneumonia that led to many deaths.

Mahamud says that could be “good news” but that more studies are needed to get a full picture. — AP