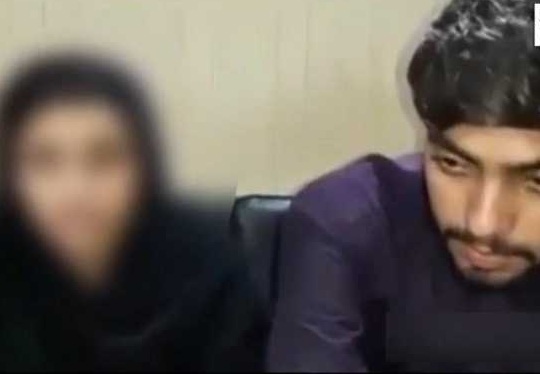 A Pakistani court has ruled that a Sikh girl, who allegedly married a Muslim man against her family’s will, was not a ‘minor’ and allowed her to go with her husband or any place of her choice, sparking tension between the two communities.

The Lahore High Court on Wednesday allowed Jagjit Kaur of Nankana Sahib who married Mohammad Hassan of her locality in September last against the will of her family to go with her husband or any place of her choice.

Since September 2019, Kaur has been living in Darul Aman (shelter house) in Lahore following her family’s allegation that she was kidnapped by Hassan who forcibly married her.

India had voiced its concern with Pakistan over the abduction and forced marriage of the Sikh girl and sought “immediate remedial action” from the Pakistan government.

LHC justice Chaudhry Shehram Sarwar gave the ruling on the petition of Hassan seeking custody of ‘his wife’ Kaur whom he gave Muslim name Ayesha.

Police brought the Sikh girl to the court amid tight security. Her brother and other family members were also present in the court who expressed their dismay over the decision.

Representing the Sikh family, Advocate Khalil Tahir Sindhu argued that the school-leaving certificate was enough to prove that the girl is minor.

He challenged the record of the National Database and Registration Authority (Nadra) regarding her age.

Sindhu also informed the court that as per a settlement reached by Punjab Governor Muhammad Sarwar between the two parties, the girl is supposed to be handed over to her family.

“Emotions of the Sikh community will be hurt if the girl is allowed to go with the Muslim man,” he contended.

Counsel for the petitioner Advocate Sultan Sheikh told the court that as per the record of Nadra, the girl was 19.

He said a medical board previously constituted by the court had already declared the girl a major.

The judge rejected the arguments of Advocate Sindhu, saying only the documents of Nadra were valid to establish the age of a person.

Justice Sarwar further observed that the high court had nothing to do with any decision made by the governor in a private capacity.

“The Constitution of the country safeguards the rights of Kaur and she is free to live with a person of her own choice,” the judge said and directed her husband to enhance the amount of dowry (haq mehr) from Rs 50,000 to Rs1 million.

The judge dismissed the petition and ruled that the girl was free to leave the shelter home and could live with her husband or go any place of her choice.

The judge also ordered the police to provide “foolproof” security to Kaur.

At the previous hearing, Kaur told the court that she married the petitioner with her free will, after converting to Islam, and did not want to go back to her family.

The local Sikh community staged protests after she married the Muslim man against the will of her family.

Tension between Sikh and Muslim communities in Nankana Sahib has risen following the court decision. Nankana police have been put on alert, officials said. — PTI