Says will have to learn to live with coronavirus 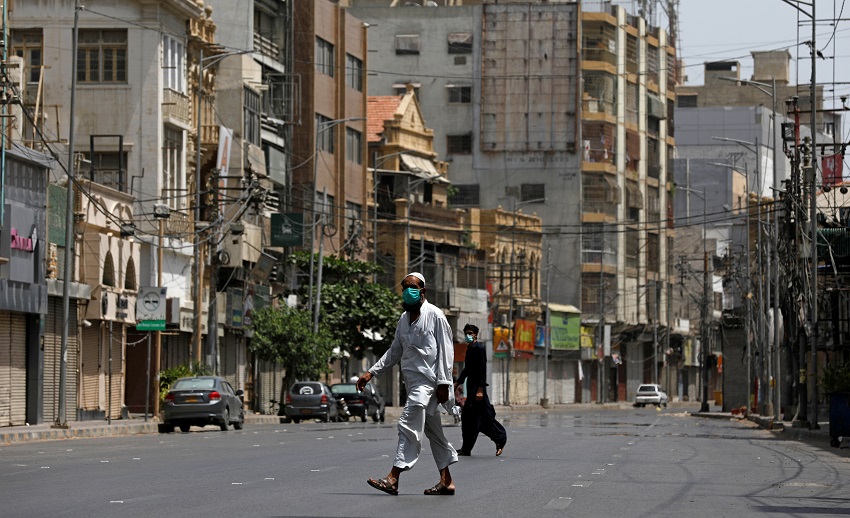 Men wear protective masks as they walk along a deserted street of a business district after Sindh provincial government imposed complete lockdown for three days and ordered to stay home, despite Pakistan started easing the lockdown, in Karachi on Friday. REUTERS

Pakistan Prime Minister Imran Khan on Friday said over 150 million Pakistanis had been affected due to the coronavirus-induced lockdown as he urged the provinces to allow public transport to resume operations, reiterating that the country could not afford an indefinite shutdown.

Addressing media with his core team to highlight the steps taken to tackle the coronavirus pandemic in the country, Khan said Pakistan cannot impose lockdown like the US, Europe and China.

He said already the lockdown had badly impacted the economic situation in the country, especially the vulnerable segments, including 25 million people who lived on daily or weekly wages.

“Around 150 million people have suffered economically due to the coronavirus and lockdown,” he said.

Pakistan's total population is around 220 million.

Khan also made plea for resumption of public transport as its suspension “is hitting hard the poor people”.

He said virus would remain “with us” for some time until a vaccine was developed against it. “But we can tackle it by following the mandated guidelines.”

Khan said the country was faring better than the earlier predicted coronavirus figures. “The number of cases will continue to rise, but fortunately, our current numbers stand below the number of projected cases (by this time) which was 52,000,” he said, as the number of coronavirus cases in Pakistan on Friday soared to 38,292 while the death toll rose to 821.

“The numbers are expected to rise and we are prepared for that. The government is working towards enhancing its health facilities and increasing capacity,” he said.

“We are still far better than other countries and are taking measures to tackle any difficult scenario,” said Khan.

A total of 10,155 patients in Pakistan have so far recovered from the virus.

Khan also said due to the focus on the coronavirus, other diseases were being neglected and immunisation of children decreased by 50 per cent and two anti-polio campaigns were missed.

“Those can't be ignored while we address the coronavirus pandemic," he said.

He warned that the lockdown could be re-imposed in areas where the number of infections rose rapidly.

Reiterating that his government was dealing with the crisis on the basis of consensus, Khan appealed to the provinces to reopen public transport.

He insisted that it was the common man that was suffering due to public transport being suspended.

Khan also said the lockdown had been eased to facilitate low-income groups.

The Pakistan government last week said it would begin a phased lifting of the lockdown due to its effect on the economy and the workforce.

Aviation Minister Ghulam Sarwar Khan said domestic flights would resume from May 16. He said initially 20 per cent air operation will be started and “only 50 per cent seats will be offered to follow the social distancing policy”.

Special Assistance on Health Zafar Mirza said production of remdesivir drug would start in Pakistan in a few weeks which would help to treat the disease.

He said that medicine would also be exported to 127 countries.

Mirza said the Ministry of Health was making the wearing of mask mandatory for everyone going to the markets and other public places.

Planning Minister Asad Umar said over 100,000 health workers were being trained about how to properly use the protective kits.

He said the government purchased 1,000 ventilators and some of them were already in Pakistan. He asked the people to adopt safety measures against the virus.

Provincial Minister for Industries Mian Aslam Iqbal said Malls would open for four days a week while auto industry would remain open for the entire week.

Meanwhile, the Punjab government announced that it would impose a three-day weekly lockdown throughout in the province for the next three days. It had eased the lockdown for the last four days.

Prime Minister Khan had earlier joined a call by the world leaders for a "peoples' vaccine" to combat the coronavirus.

The Prime Minister's Office quoted Khan as saying: "We must work together to beat this virus." PTI 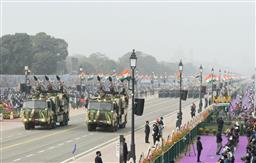