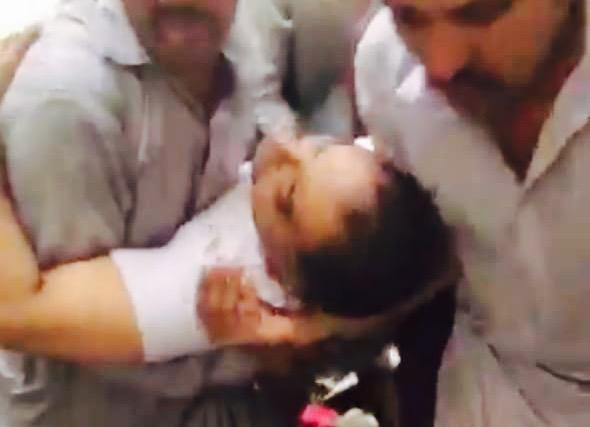 The PIA plane, which crashed on Friday, has only two survivors -- one of whom is Bank of Punjab top executive Zafar Masud.

His roots are in western Uttar Pradesh's Amroha and he belongs to the family of Kamal Amrohi of "Pakeezah" fame.

Bank of Punjab President Zafar Masud being rescued by local heroes after the PIA aircraft crash in Karachi pic.twitter.com/SJuWFBGF5y

Masud, who was onboard the flight that crashed near the Karachi airport leaving 90 dead, escaped with injuries on his hip and collar bone.

His family migrated to Pakistan in 1952, his relative Adil Zaffar told IANS in India. Adil Zafar, who is documentary film maker in Mumbai, is the first cousin of his mother. Zafar said that he met Masud in 2015 in Karachi and Masud is very fond of India and wanted to visit Amroha to see his ancestral home.

Zafar Masud's mother is directly related to Kamal Amrohi as his maternal grandfather Taqi Amrohi, who was a journalist in Pakistan, was the "Pakeezah" filmmaker's cousins.

His grandfather Masood Hasan was lawyer and his father Munnawar Sayeed was TV artist in Pakistan.

At least three people among nearly 100 aboard the Pakistan International Airline (PIA) passenger plane from Lahore to Karachi survived as it crashed minutes before landing at the Jinnah International Airport on Friday, Sindh Health Minister Azra Fazal Pechuho said.

The PIA A320 passenger aircraft was carrying at least 90 passengers and eight crew members in the flight PK 8303, when it crashed into the densely populated vicinity of Jinnah Gardens in Model Colony located next to the runway.