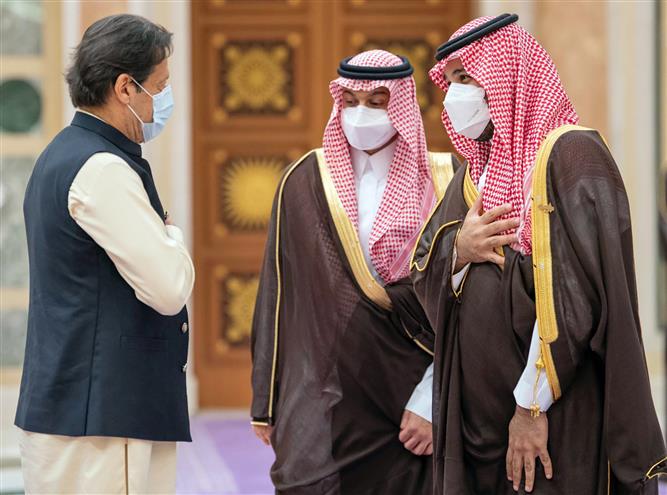 Cash-strapped Pakistan on Saturday received USD 3 billion from Saudi Arabia as part of a financial assistance sought from the Kingdom to stabilise the country’s economy, according to a senior government official.

Following the talks, Saudi Arabia had agreed to provide USD 4.2 billion worth of assistance to Pakistan, out of which USD 3 billion was to be transferred as deposit in Pakistan’s central bank and also financing refined petroleum products with 1.2 billion US dollars during the year.

Adviser to the Prime Minister on Finance and Revenue Shaukat Tarin confirmed that the State Bank of Pakistan (SBP) had received a USD 3 billion deposit from Saudi Arabia.

“Good news, USD 3 bn Saudi deposit received by SBP. I want to thank His Excellency Crown Prince Mohammed Bin Salman and the Kingdom of Saudi Arabia for the kind gesture,” the adviser tweeted.

The financial support of USD 3 billion deposit is expected to ease pressure on Pakistani rupee and boost the foreign exchange reserves.

Last month, Pakistan’s Cabinet approved the deal, paving way for the transfer of funds, which was followed by the SBP signing the agreement with the Saudi Fund for Development on Monday to receive the amount.

The help came at a time when the Pakistani rupee reached an all time low at 176 to one USD and it is expected to boost the rupee and improve balance of payment which has been the main worry of the government.

In 2018, Saudi Arabia had provided USD 3 billion in cash deposits and promised a USD 3 billion oil facility to Pakistan to help its foreign exchange reserves in 2018.

However, as the bilateral relations deteriorated later, Islamabad had to return USD 2 billion of the USD 3 billion deposits.

Pakistan announced in June this year that Saudi Arabia was about to make available USD 1.5 billion oil facility per annum.

Pakistan and the IMF had signed the USD 6 billion deal in July 2019 but the programme was derailed in January 2020 and restored briefly in March this year before again going off the track in June.

From June to August there were no serious discussions between the two sides. PTI