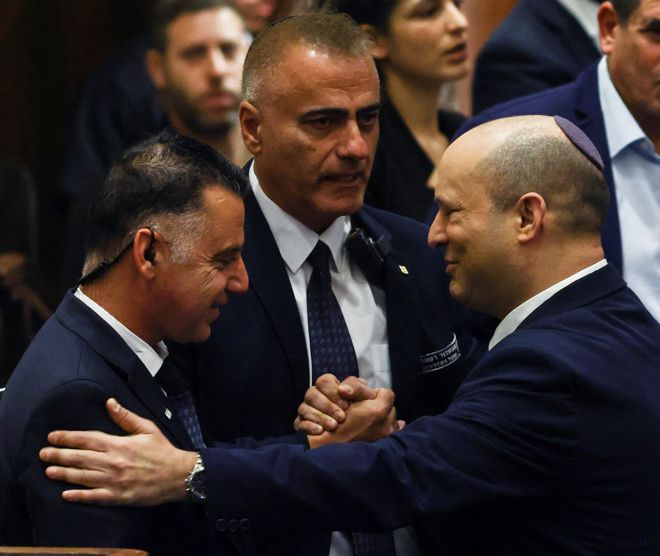 Israel's experiment with the most diverse political alliance ranging from the Left, Centre and Right to even an Islamist Arab party finally came to an end on Thursday with the Knesset voting to disperse itself in an overwhelming 92-0 vote, clearing the way for fresh poll — the fifth in less than four years.

The “anti-Netanyahu” glue (the resolve to keep former PM Benjamin Netanyahu away from power) that kept the diverse partners with sharp ideological differences together for a little more than a year finally gave in under the weight of its incompatibility.

Members kept the government on its toes all through its stint and chose to go with "their conscience" finally making it untenable while the Netanyahu bloc remained loyal to him, blocking the government even on issues that otherwise gelled along with their ideology. The decision to dissolve the 120-member Knesset came right up to the wire, as Israel stood on the threshold of entering an unprecedented and chaotic legal situation on the West Bank.