YouGov survey found that 70 per cent of voters, including over half of those who voted for Conservative in 2019 election, did not believe Johnson’s account to Commons 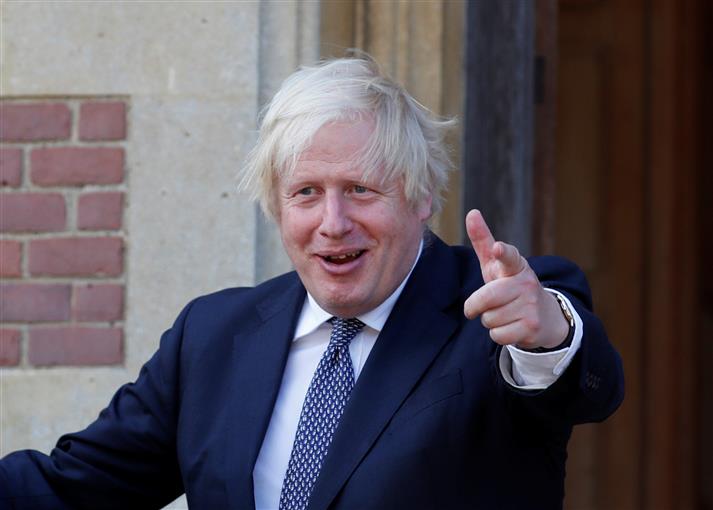 The UK Opposition is leading the charge to pile pressure on British Prime Minister Boris Johnson on Saturday as a picture of a boozy culture at the heart of Downing Street emerges, with new reports of so-called “wine-time Fridays” by staff during the Covid-19 lockdown.

Opposition Labour Party Leader, Sir Keir Starmer, used a major speech to say the so-called “partygate” scandal shows that Johnson is guilty of “deceit and deception” and unable to lead the country.

Starmer’s latest salvo comes as a poll for the ‘The Times’ found that seven out of 10 British voters think Johnson has not been honest about his account of attending a lockdown breaking party in Downing Street.

The YouGov survey found that 70 per cent of voters, including over half of those who voted for Conservative in the 2019 election, did not believe Johnson’s account to the Commons. Eight out of 10 said they did not think the gathering, as described by the prime minister in Parliament earlier this week as a work event, was acceptable under lockdown rules.

“We are witnessing the broken spectacle of a Prime minister mired in deceit and deception, unable to lead,” Starmer said in an address to the Fabian Society conference.

Besides the Opposition raising the pitch of its attacks on the UK PM, Johnson is said to have gone into hiding this weekend amid a near-mutiny from many of his own members of Parliament and activists. ‘Sky News’ says there are reports that he is plotting a fightback to save his premiership, which he is calling “Operation Save Big Dog”.

Meanwhile, the ‘Daily Mirror’ claims Johnson encouraged his aides to “let off steam” despite being banned from socialising in big groups under his own lockdown rules at the peak of the pandemic. It is even claimed that the regular events were so popular that staff invested in a GBP 142 drinks fridge to keep their bottles of white wine, prosecco, and beer cool for so-called “wine-time Fridays”.

It is alleged that Downing Street aides took turns on Fridays to visit a local supermarket with a wheelie suitcase to fill up the 34-bottle fridge. It was this suitcase that was used on the night before Prince Philip’s funeral on April 16 last year, the latest “partygate” allegation that led to Downing Street apologising to Queen Elizabeth II.

It was followed by another damaging revelation, with the former head of the government’s Covid Taskforce apologising for having farewell drinks in the UK Cabinet Office when she left the civil service on December 17, 2020, when strict restrictions were in place in England.

Kate Josephs, who is now the chief executive of Sheffield City Council, said she was “truly sorry” for “the anger that people will feel” and said the gathering was now part of the ongoing internal investigation by senior civil servant Sure Gray.

Andrew Bridgen, Conservative MP for North West Leicestershire, said: “I don’t need to see what Sue Gray says to know that for me Boris Johnson has lost the moral authority to lead the country.

“If there’s another emergency where he has to call on the public to make sacrifices, he doesn’t have that authority. That makes his position in my book, as Prime Minister, completely untenable.” Bridgen is among a growing number of Tory MPs speaking out against their leader. Many say their email inboxes have filled up after No. 10 apologised to the Queen for staff parties the night before the Duke of Edinburgh’s funeral.

Johnson was not at this gathering last April, but he is now battling against a growing tide of alleged Covid rule-breaking at the very place where these rules were being made.