Peace talks on but Panjshir leaders ready to fight back 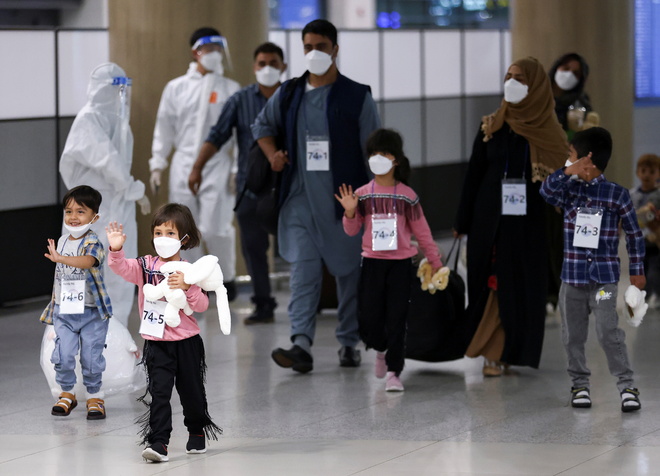 Leaders of Resistance 2 and the Taliban held their first negotiations in the town of Charekar, about 50 km away from the Panjshir valley, against the backdrop of Tajikistan President Emamoli Rahmon openly expressing his ire over the treatment of Afghan minorities.

The beginning of the talks in the capital of Parwan province has lowered the tensions around the Panjshir valley and there were no further reports of military probes by fighters of the Taliban, who have captured all surrounding provinces.

"We do have enough military personnel and equipment but we can fight for our values and people if our negotiations won’t work out. Even if we get defeated, the world would know we fought for our people," said Resistance 2 leader Ahmad Massoud. Tajikistan, which shares ethnic kinship with the Panjshir (Five Lions) valley residents, has come out strongly on their side following a surge of concern about their fate under the Taliban rule.

In a hard-hitting statement after the visit of Pakistan Foreign Minister Shah Mehmood Qureshi to Dushanbe, the Tajik President made it clear that his government "will not recognise any other government that will be formed through oppression, without taking into account the position of the entire Afghan people, especially all its national minorities". — TNS

Washington: The US has so far evacuated over 82,000 persons from Kabul, with about 19,000 in the last 24 hours alone, in “one of the largest” airlifts in the world history, Secretary of State Antony Blinken has said. Blinken said the Taliban had made public and private commitments to provide and permit a safe passage for Americans. PTI

UK: Will continue to carry out evacuations

London: British PM Boris Johnson said his government would continue its evacuation operation in Afghanistan after suspected suicide bombers struck the crowded gates of Kabul airport. “We are able to continue with the programme in the way we have been running it,” he said. Reuters

‘Ensure Taliban do not destabilise Pak’

Washington: A group of US lawmakers has urged President Joe Biden to ensure that the Taliban, which is now the de facto ruler of Afghanistan, do not destabilise Pakistan and acquire nuclear weapons. The lawmakers demanded that Biden should answer critical questions on what happened in Afghanistan and what are his plans to move forward. PTI