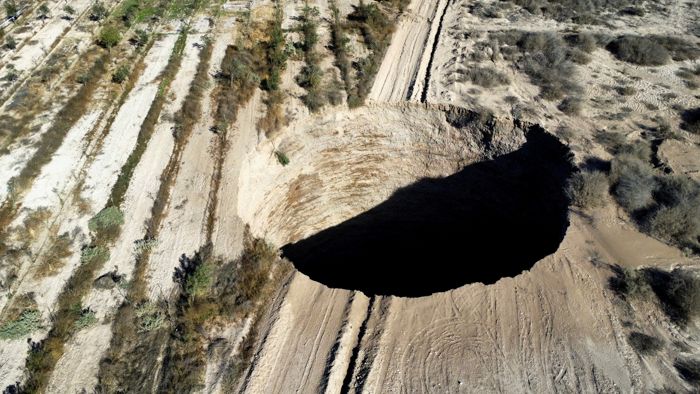 Going deep: A sinkhole, about 82 ft deep, exposed at a mining zone close to Tierra Amarilla, in Copiapo, Chile. REUTERS

Vatican City: Pope Francis (85) has appointed a nurse to be his ‘personal medical assistant’, the Vatican said, in an indication that the pontiff accepts that he will need more care as he ages. Speaking to reporters on the plane returning from Canada, the pope said his advancing age and his difficulty walking have ushered in a new, slower phase of his papacy. Reuters

Lahore: A 1,200-year-old Hindu temple in the capital of Pakistan's Punjab province has been formally opened to the public after it was reclaimed from a Christian family following a lengthy court battle, according to a federal body. The Evacuee Trust Property Board, last month reclaimed possession of the Valmiki Temple situated near the famous Anarkali Bazaar in Lahore from a Christian family, which had grabbed the place of worship more than two decades ago.