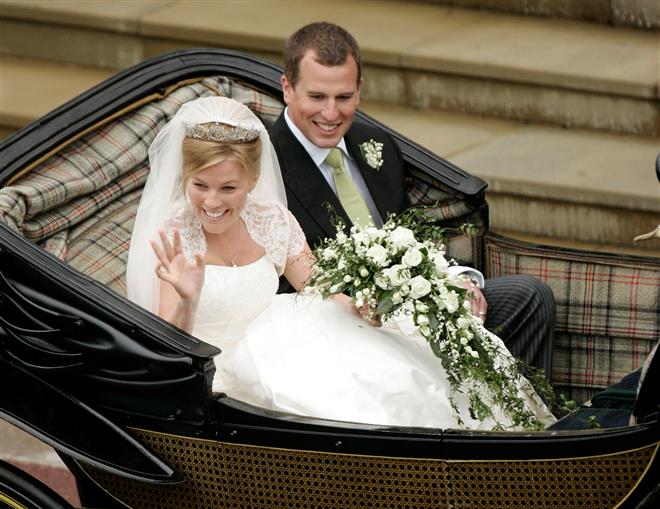 Queen Elizabeth II’s oldest grandson Peter Phillips on Tuesday announced that he and his Canadian wife Autumn have separated and will file for divorce.

Phillips, 42, the son of the Queen’s daughter Princess Anne, confirmed the separation from his wife and that they will share custody of their children Savannah, nine, and Isla, seven.

“They had reached the conclusion that this was the best course of action for their two children and ongoing friendship. The decision to divorce and share custody came about after many months of discussions and although sad, is an amicable one,” their joint statement read.

“Peter and Autumn have requested privacy and compassion for their children while the family continues to adapt to these changes,” it said.

Phillips met Canadian management consultant Autumn Kelly, 41, at the Canadian Grand Prix in Montreal in 2003, while he was working for Formula One. Some reports suggest Kelly might intend to move back to Canada after the divorce.

The couple told the Queen and other royal family members about their decision to separate last year and both of their families were said to be “sad” but “fully supportive” of the decision to “co-parent”, the statement added.

It would make Phillips, the Queen’s first grandchild to divorce. While he is a member of the royal family, he is not a working royal and does not have a royal title because he is descended from the female line. He refused the offer of an Earldom when he married so his children do not have courtesy titles.

The couple married in 2008 in St George’s Chapel at Windsor Castle – where Prince Harry and Meghan Markle’s wedding would take place 10 years later – and brought up their children in Gloucestershire.

Before the wedding, Autumn Phillips gave up her Catholic faith, a move which allowed Peter Phillips to retain his right to the throne under the rules of the UK’s succession rules. — PTI