Racism not a factor in PM race, says Rishi Sunak : The Tribune India

Racism not a factor in PM race, says Rishi Sunak 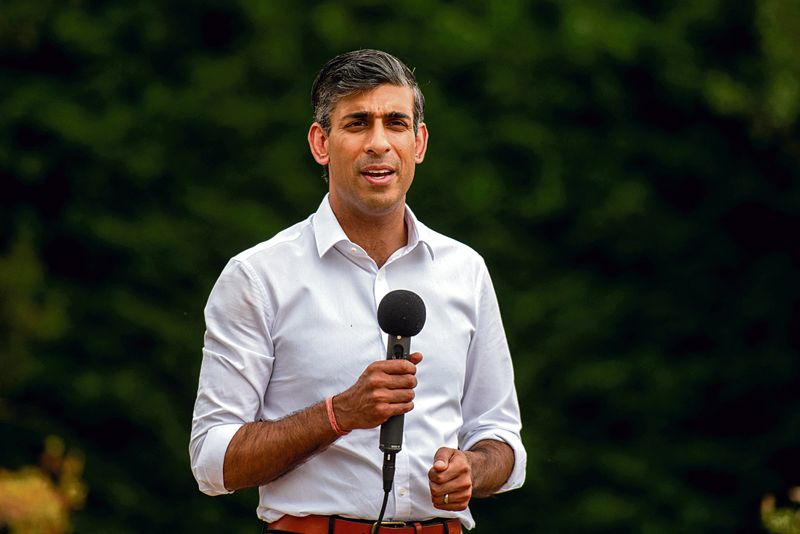 Former Chancellor Rishi Sunak said on Sunday that racism was not a factor in the Conservative Party membership’s decision to vote for the next party leader and successor of Boris Johnson as British PM.

Former Chancellor Rishi Sunak said on Sunday that racism was not a factor in the Conservative Party membership’s decision to vote for the next party leader and successor of Boris Johnson as British PM.

I was selected as a member of Parliament in Richmond… Our members rightly put merit above everything else. Rishi Sunak, former Chancellor

The finalist in the race to 10 Downing Street who is trailing his opponent, Foreign Secretary Liz Truss, in surveys during the leadership election campaign set to conclude on September 5, dismissed factors such as gender or ethnicity would play a part in Tory members’ postal ballots from next week. It followed an Indian-origin businessman and Conservative Party donor, Lord Rami Ranger, saying in a video last week that Britain would be seen as racist if Sunak goes on to lose the Tory leadership election. “I absolutely don’t think that’s a factor in anyone’s decision. I just don’t think that’s right,” Sunak said in an interview.

The 42-year-old British Indian politician acknowledges “playing catch-up” to Liz Truss in the race as he continues his campaign tour of the UK to win over Conservative Party members’ votes.