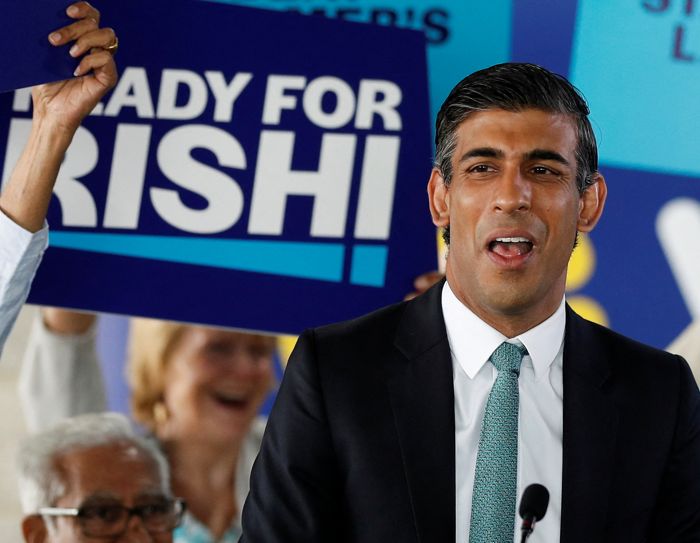 Rishi Sunak at a campaign event in Grantham, Britain. file

Rishi Sunak has vowed to hunt down and stamp out grooming gangs who prey on children and young women, and make their ringleaders subject to maximum life sentences as part of his campaign pledge to be elected Conservative Party leader and the next British PM.

Under a government headed by him, the Ready4Rishi campaign team said on Wednesday evening that members of grooming rings would automatically face criminal charges for belonging to or facilitating the activity of the gang, with those at its heart facing life sentences.

In a further crackdown on sex offenders, the former chancellor will ban so-called “down-blousing”, where perpetrators take photos down a woman's top without her consent to curb abuse targeted at women and bring more offenders to justice.

“Sexual violence against women and girls should be treated as a national emergency until it has been defeated,” said Sunak.