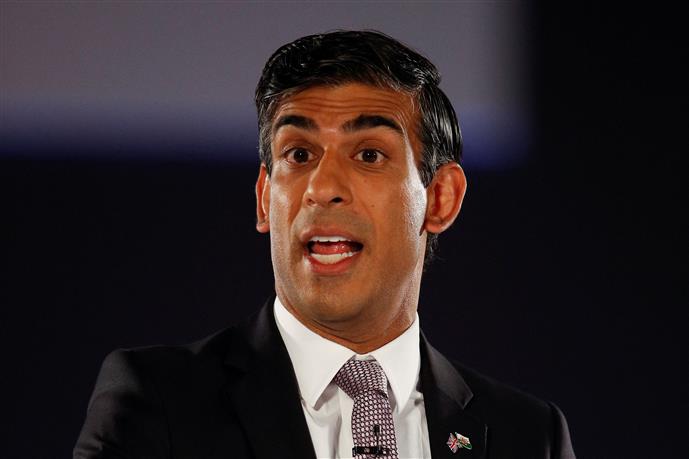 A new survey of members of the governing Conservative Party shows Foreign Secretary Liz Truss is firmly ahead of rival Rishi Sunak in the race to replace Boris Johnson as the British PM. The survey of Tory members, who will be electing a new leader to take charge at 10 Downing Street from September 5, released on Wednesday night by the ConservativeHome website found that 58% of those polled back Truss.

Former Chancellor Sunak was found to have the support of 26%, while 12% were non-decisive. It is the second poll from Wednesday showing the Cabinet minister widening her lead over the British Indian ex-minister, with an earlier YouGov poll showing Truss ahead among all age groups, across different parts of the country and among men and women.

“YouGov gives her a 34 point lead, which extends, on a forced choice, to a 38 point lead (69% to 31%). Divide our 16 points of don't knows and others evenly between the candidates… Truss has a 32 point lead (66 per cent to 34 per cent),” the ConservativeHome survey claims The latest findings come as Sunak faced a fresh blow with another senior Tory, Sajid Javid, endorsing Truss in the race for her “bold agenda”. — PTI

All in all, Sunak needs a massive game-changer to turn this contest round if our new findings and YouGov's are right. And it's very difficult to see where that could come from. ConservativeHome survey