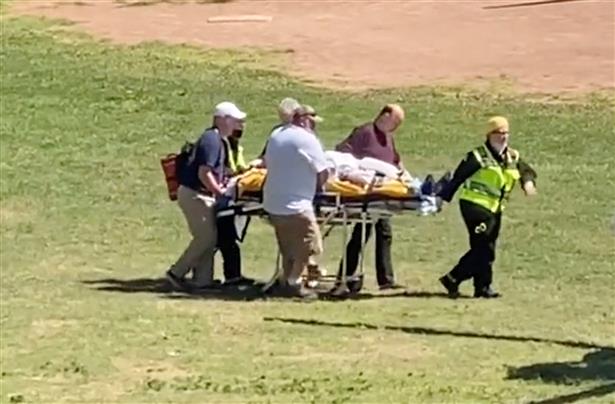 Author Salman Rushdie being transported to a helicopter. REUTERS

Salman Rushdie, the Indian-born novelist who spent years in hiding after he was issued a fatwa by Iran in 1989 because of his writing, was stabbed in the neck multiple times as he was about to give a lecture in New York state on Friday.

If he’s attacked, anyone critical of Islam can be attacked. TASLIMA NASREEN

An awful attack on a literary giant and one of the great defenders of freedom of expression. NADINE DORRIES, BRITISH MINISTER 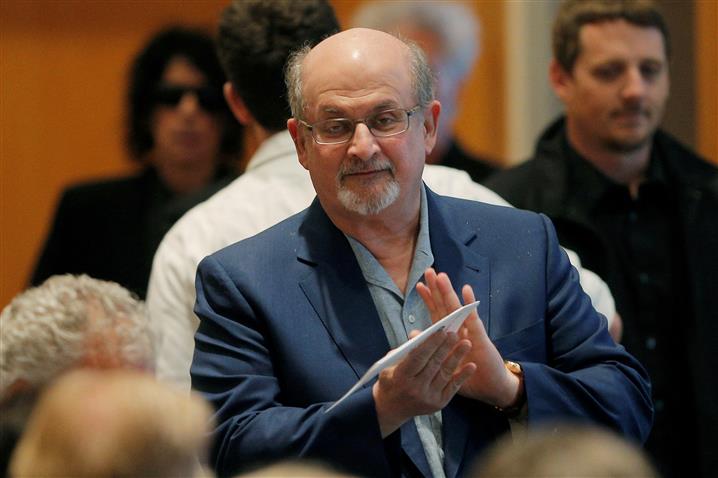 A man rushed to the stage at the Chautauqua Institution and attacked Rushdie as he was being introduced to give a talk on artistic freedom to an audience of hundreds, an eyewitness said.

A state police officer present at the event took the attacker into custody.

New York Governor Kathy Hochul said Rushdie was alive and “getting the care he needs”. Rushdie, 75, was taken by helicopter to a hospital but the police said his condition was not yet known.

The police did not give a motive for the attack and it was not clear what kind of weapon was used. Rushdie, born into an Indian Muslim family, has faced death threats for his fourth novel “The Satanic Verses”. The novel was banned for “blasphemous passages” in many countries with large Muslim populations upon its 1988 publication.

A year later, Ayatollah Ruhollah Khomeini, then Iran’s supreme leader, pronounced a fatwa. Rushdie went into hiding for many years. The Iranian government said in 1998 it would no longer back the fatwa, and Rushdie has lived relatively openly in recent years. Iranian organisations, some affiliated with the government, have raised a bounty worth millions of dollars for Rushdie’s murder. And Khomeini’s successor Ayatollah Ali Khamenei said as late as 2017 that the fatwa was still valid.

Rushdie published a memoir about his life under the fatwa called “Joseph Anton”, the pseudonym he used while under police protection. His new novel “Victory City” is due to be published in February.

Rushdie was at the Chautauqua Institution to take part in a discussion about the US serving as asylum for writers and artists in exile and “as a home for freedom of creative expression”, according to the institution’s website.

He became a US citizen in 2016 and lives in New York City.

Rushdie has been a fierce critic of religion across the spectrum. He has also been critical of oppression and violence in his native India.

The Wylie Agency, which represents Rushdie, as well as Iran’s UN mission in New York did not respond to a request for comment.