Russia-backed separatists to hold referendum in Ukraine : The Tribune India 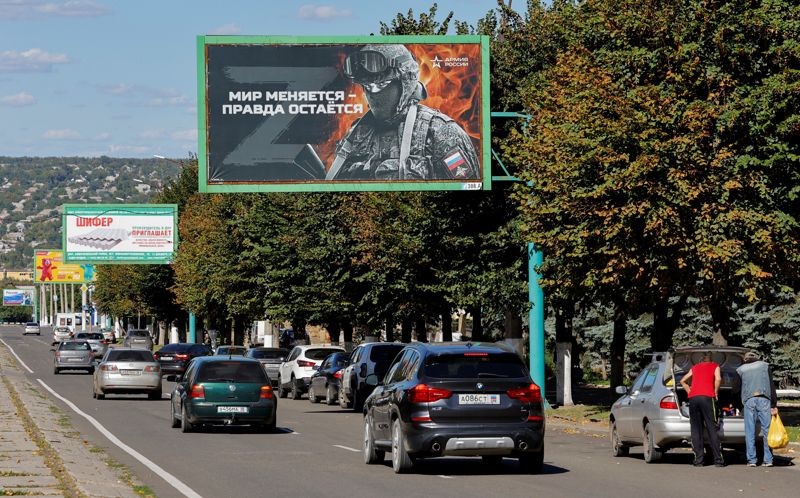 Russia on Tuesday supported plans by separatists which it backs in Ukraine to hold referendums paving the way for the annexation of swathes of additional territory, a direct challenge to the West that could sharply escalate the conflict.

After nearly seven months of war, including a critical battlefield defeat in north-eastern Ukraine, Putin is pondering his next steps.

This is what the fear of defeat looks like. The enemy is afraid, and obfuscates primitively. Ukraine will solve the Russian issue. The threat can only be eliminated by force. Andriy Yermak, Chief of staff to Volodymyr Zelenskyy

Russian-backed officials across 15 per cent of Ukrainian territory lined up to request referendums on joining Russia. The self-styled Donetsk (DPR) and the Luhansk People’s Republics (LPR), which Putin recognised as independent just before the invasion, and the Kherson and Zaporizhzhia regions have asked for votes over less than 24 hours.

Luhansk, Donetsk and Kherson officials said the referendums would take place from September 23 to 27. Russia does not fully control any of the regions, with only around 60% of Donetsk region in its hands.

Russian Foreign Minister Sergei Lavrov said: “From the start we said the people of the respective territories should decide their fate, and the current situation confirms that they want to be masters of their fate.”

Dmitry Medvedev, who served as Russian president from 2008 to 2012 and is now deputy chairman of the Security Council, backed the move, which he said would change the path of Russian history and allow the Kremlin more options for defence of what he said would become Russian territory. — Reuters

Iran to import gas from Russia