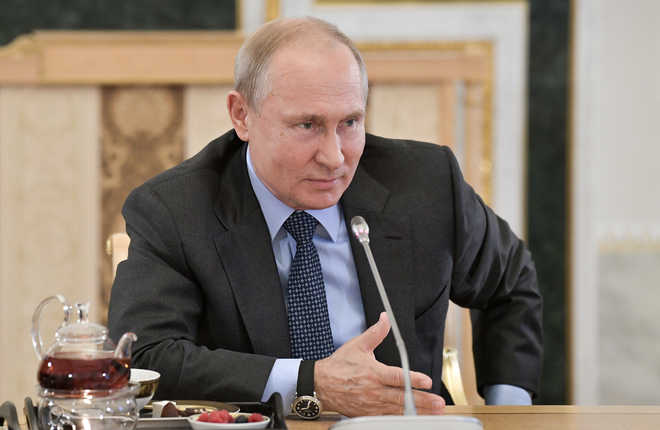 Russia’s far eastern region of Kamchatka has kicked off early voting on the constitutional reform that would allow President Vladimir Putin to stay in power until 2036, with election officials travelling to remote areas and bringing ballots to residents who don’t have access to polling stations.

Early voting on the reform has been officially allowed since June 10 — 20 days ahead of the vote scheduled for July 1 — with many regions starting the process this week.

Some 60 people out of 2,000 residents of remote areas have already voted, Inga Irinina, head of Kamchatka's regional election commission, told The Associated Press.

This week early voting has also kicked off in a number of regions of Russia’s Siberia, the Ural Mountains and the far north of the country.

After proposing a sweeping constitutional reform earlier this year, Putin insisted on putting it to a nationwide vote even though it wasn’t legally required. The plebiscite was initially scheduled for April 22 but was postponed because of the coronavirus pandemic.

Rescheduling the vote for July 1 has still elicited public health concerns because Russia is reporting over 8,000 new virus cases daily and remains the third hardest-hit country in the world.

The Kremlin has repeatedly dismissed these concerns, saying that Russia was able to slow down the epidemic and assuring people that all the necessary measures will be taken to ensure the safety of the voters.

In one measure that aimed to avoid crowds on voting day, polling stations will open a week ahead of the vote, on June 25 through to June 30. Kremlin critics fear the move will hinder independent monitoring of the election. AP