The Chicago-based burger giant says it will temporarily close 850 stores but continue paying its 62,000 employees in Russia 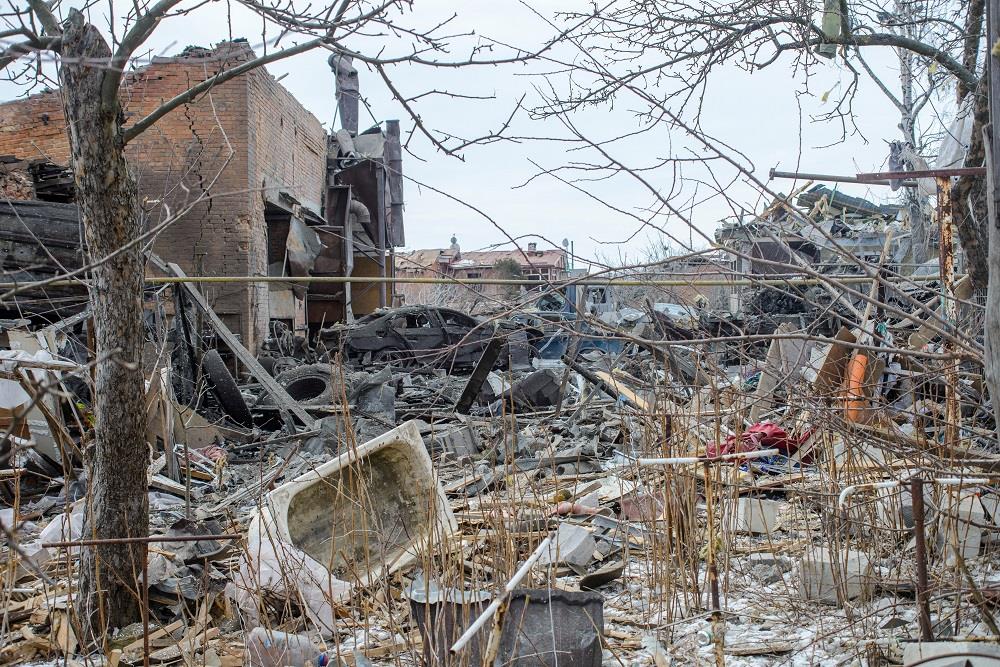 The destruction at Sumy in Ukraine. Reuters

McDonald's, Starbucks, Coca-Cola, PepsiCo and General Electric - ubiquitous global brands and symbols of US corporate might - all have announced they were temporarily suspending their business in Russia in response to the country's invasion of Ukraine.

"Our values mean we cannot ignore the needless human suffering unfolding in Ukraine," McDonald's President and CEO Chris Kempczinski said in an open letter to employees.

The Chicago-based burger giant said it would temporarily close 850 stores but continue paying its 62,000 employees in Russia "who have poured their heart and soul into our McDonald's brand". Kempczinski said it's impossible to know when the company would be able to reopen its stores.

"The situation is extraordinarily challenging for a global brand like ours, and there are many considerations," Kempczinski wrote in the letter. McDonald's works with hundreds of Russian suppliers, for example, and serves millions of customers each day.

Last Friday, Starbucks had said that it was donating profits from its 130 Russian stores - owned and operated by Kuwait-based franchisee Alshaya Group - to humanitarian relief efforts in Ukraine. But on Tuesday, the company changed course and said it would temporarily close those stores.

"Through this dynamic situation, we will continue to make decisions that are true to our mission and values and communicate with transparency," Johnson wrote.

PepsiCo and General Electric both announced partial shutdowns of their Russian business.

General Electric also said in a Twitter post that it was partially suspending its operations in Russia. GE said two exceptions would be essential medical equipment and support for existing power services in Russia.

McDonald's is among those to take the biggest financial hit. Unlike Starbucks and other fast food companies like KFC and Pizza Hut, whose Russian locations are owned by franchisees, McDonald's owns 84 per cent of its Russian stores. McDonald's has also temporarily closed 108 restaurants it owns in Ukraine and continues to pay those employees.

In a recent regulatory filing, McDonald's said its restaurants in Russia and Ukraine contribute 9 per cent of its annual revenue, or around USD 2 billion last year.

Ukraine's First Lady Olena Zelenska has penned an open letter to global media.  She wrote: “I am being asked for an interview by media from all over the world. We don't know how long [war with Russia] will last." (read full story)

Systems monitoring nuclear material at the radioactive waste facilities at Chernobyl in Ukraine, which were taken over by Russian forces last month, have stopped transmitting data to the UN nuclear watchdog (read full story)

An air alert has been declared in and around Kyiv, with residents urged to get to bomb shelters as quickly as possible, reports AP.

10:00 09 Mar
Russia-Ukraine war: Some key developments in the conflict

Two million people — half of them children — have fled Ukraine in the less than two weeks since Russia invaded the country, officials said on Tuesday, as Europe's worst refugee crisis since World War II grows by the day.

The humanitarian situation in the country's besieged cities grew more dire, including in Mariupol, where bodies lay uncollected in the streets and hopes for a mass evacuation of civilians were dashed again.

A US aid package for Ukraine and its Eastern European allies grew to around USD 14 billion as lawmakers put finishing touches on a USD 1.5 trillion government-wide spending bill that leaders hope Congress will enact by week's end

All Indian students stranded in war-torn Ukrainian city of Sumy have moved out along with other foreign students and will soon board flights for home under Operation Ganga, said the Ministry of External Affairs (MEA). Read full story