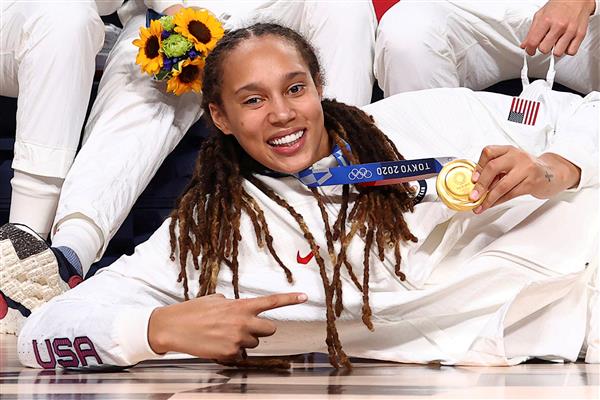 Brittney Griner poses with her gold medal in Women’s Basketball at the Tokyo 2020 Olympics at Saitama Super Arena. Reuters

Statuesque American basketball player Brittney Griner was freed from prison in Russia in a swap with Russian arms dealer Viktor Bout played by Nicholas Cage in the movie “Lord of War”.

“Moments ago I spoke to Brittney Griner. She is safe. She is on a plane. She is on her way home. Held under intolerable circumstances, Brittney will soon be back in the arms of her loved ones and she should have been there all along. This is a day we worked towards for a long time. We never stopped pushing for her release. It took painstaking and intense negotiations,” said US President Joe Biden.

Griner was convicted for criminal drug possession and sentenced to more than nine years in prison. Last month, Russian officials informed Griner’s attorney she was relocated to a penal colony, where forced labour shifts for prisoners commonly last between 12 and 14 hours per day.

From Russia, Griner landed in the UAE, said Biden.

Griner was detained at the Moscow airport on February 10 and she admitted to bringing marijuana vape cartridges in her luggage.

However, Washington was unable to get one of its spies Paul Whalen back. A British, US and Irish citizenship, the ex-marine was sentenced in Moscow to 16 years in prison for spying.

Bout is a former Soviet Army lieutenant who was rendered from Thailand to the US for supplying arms to an armed group FARC which was battling a pro-Washington regime in Colombia.

The Americans had gone into a worldwide overdrive, including a confrontation with Moscow, when they snatched the Russian high roller in Bangkok. Viktor Bout, played by Nicholas Cage in “Lord of War”, was arrested in Thailand for alleged gun running to FARC after a two-year tug-of-war between the US and Russia. Thailand was forced to extradite Bout to the US despite appeals from Russian President Vladimir Putin. (With inputs from Reuters) 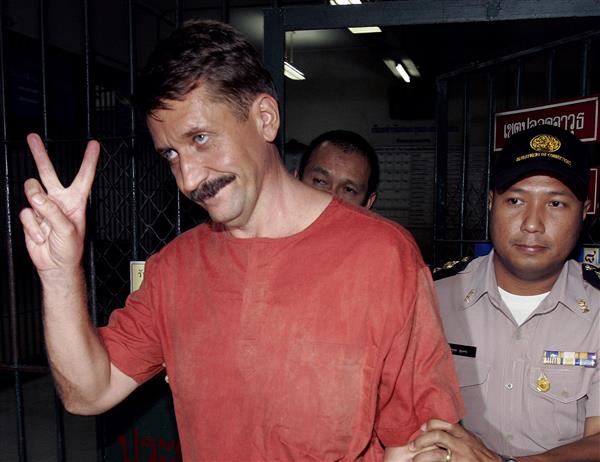