Russian troops not withdrawing but regrouping in Ukraine, NATO says : The Tribune India

Russian troops not withdrawing but regrouping in Ukraine, NATO says

Russia is trying to regroup, resupply and reinforce its offensive in the Donbas region, 'Stoltenberg told reporters in Brussels' 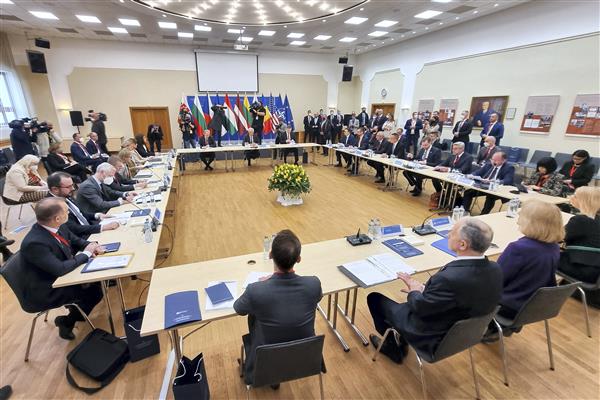 Russian forces in Ukraine are not withdrawing but regrouping, NATO Secretary-General Jens Stoltenberg said on Thursday, commenting on Moscow's announcements about a scaling down of military operations around Kyiv.

"According to our intelligence, Russian units are not withdrawing but repositioning. Russia is trying to regroup, resupply and reinforce its offensive in the Donbas region," Stoltenberg told reporters in Brussels.

"At the same time, Russia maintains pressure on Kyiv and other cities. So we can expect additional offensive actions, bringing even more suffering."  Reuters