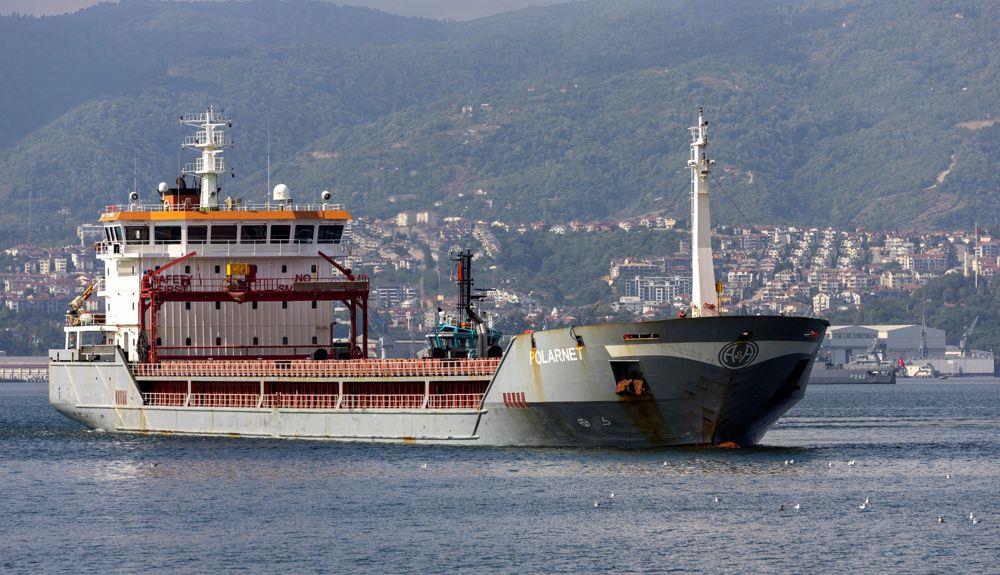 final destination Ship carrying corn from Ukraine at Safiport Derince in Gulf of Izmit in Kocaeli province of Turkey. reuters

Derince: The first of the ships to leave Ukraine under a deal to unblock grain supplies and stave off a potential global food crisis arrived at its destination in Turkey on Monday, as Russia again accused Ukraine of shelling Europe's largest nuclear power station. The Turkey-flagged Polarnet docked at Derince port in the Gulf of Izmit after setting off from Chornomorsk on August 5 laden with 12,000 tons of corn. ap

rome: A World War II bomb was detonated in northern Italy on Sunday, in an operation that saw 3,000 people evacuated for security reasons. The 450-kg bomb had been spotted in the Po river near Mantua, some 160 km south-east of Milan, dpa news agency reported. Army specialists removed the detonator from the bomb before moving the device to a cave some 45 km away. ap

Bangkok: Nearly two-thirds of people in Thailand want PM Prayuth Chan-ocha to leave office this month, according to an opinion poll, which comes amid growing debate about how long the 2014 coup architect should stay in power. Thailand’s opposition plans to petition the constitutional court to decide whether Prayuth’s time as PM in the junta counts towards his tenure as premier, limited to eight years. reuters

Washington: In one-of-its-kind celebrations of the 75 years of India's Independence, Boston will hold events with participation from 32 countries and will feature an airplane carrying a 220-feet US-India flag over the major American city. The celebrations this year have several firsts in Boston, said Abhishek Singh, president of Federation of Indian Associations-New England, organiser of the parade. pti

Heat alert in England as wildfires rage in Europe

London: With wildfires raging in parts of Europe, health officials on Monday issued a heat-health alert for England in anticipation of high temperatures this week following a month of record-breaking heat. The alert, designed to help healthcare staff manage through periods of extreme temperature that can affect the public, will be in place from Tuesday till Saturday. The alert came after a July in which Britain recorded its highest ever temperature. reuters

Rajasthan CM likely to resign before filing his nomination f...